“Incendiary”: A Story of Rebellion and Redemption

posted October 16, 2020 | in Uncategorized by By Natasha Ford 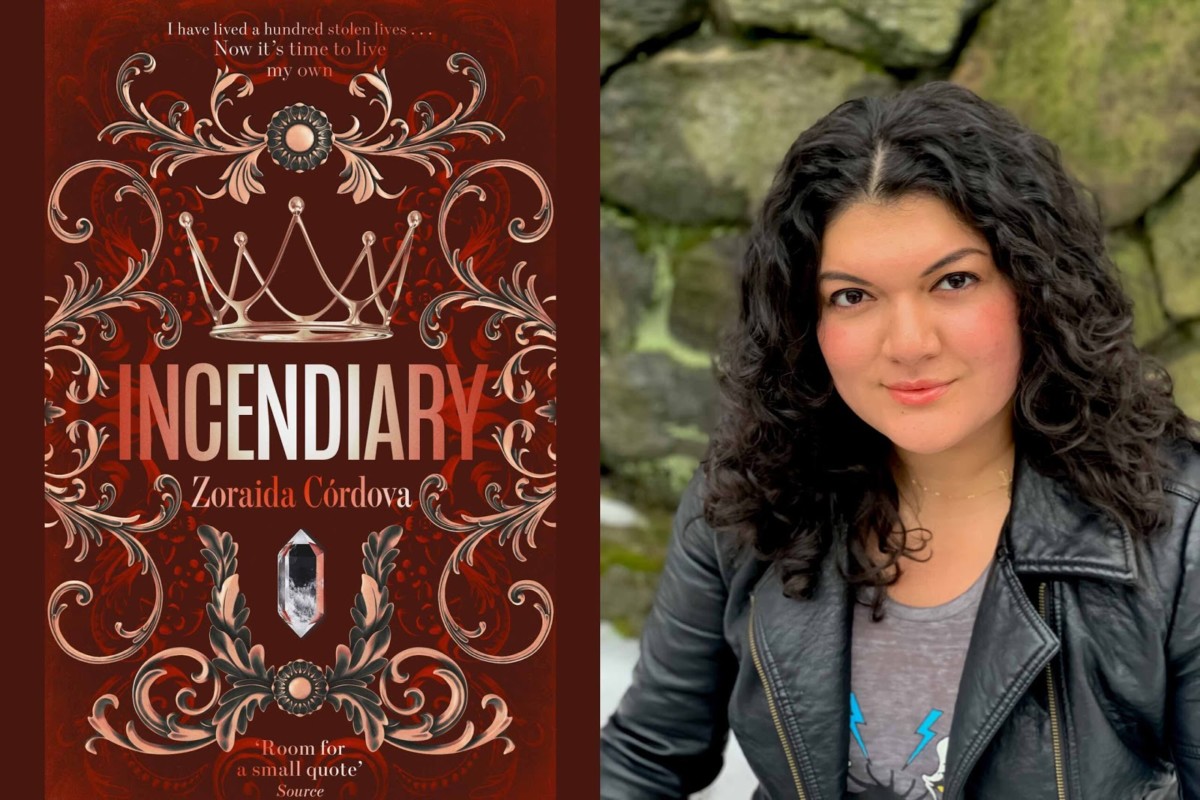 AUSTIN, Tx.—“Incendiary” by Zoraida Córdova is electric, powerful, inspiring and full of twists and turns that will keep you on the edge of your seat. Córdova has created an incredible story about accepting yourself, finding the truth and overcoming oppression.

As a child, Renata Convida was kidnapped by the King’s Justice and brought to live in the luxurious palace of Andalucia in the kingdom of Puerto Leones. Why? Because Renata possesses the power of a memory thief, a rare and feared magic by the Moria, her people. The crown carries out the King’s wrath by using Renata’s magical power to steal memories from her people, in exchange for treats.

One day, she was rescued by the Whispers, a small rebellious group of the Moria who are trying to help the remaining Moria escape from a kingdom bent on their destruction.

It’s been years since the Whispers have rescued Renata, and now Renata has a new challenge to face. Her only friend in the Whispers, Dez, has been captured by the notorious Sangrado Prince, and Renata will do anything to save him. Her disastrous rescue attempt leads to return to the palace undercover to murder the prince and save her people from total annihilation. But returning to the palace causes old memories to resurface. As she uncovers secrets from her past, her discoveries could change the entire fate of the kingdom —and end the war that has cost her everything.

The main character, Renata, is strong and full of hate. The memories she begins to relive are what she calls ‘The Gray,’ they show an innocent child, unaware of the terrible things the crown forced her to do. When she was rescued from the palace, her own people shun her because of her power and her past. The Moria do not trust her. Renata’s journey is not only to prove she belongs among the Moria, but is also a journey of self-discovery. She must move past her own self-hatred to finish the job she has set out to do.

In a 2020 interview with United By Pop, Córdova talks about her inspiration for “Incendiary.”

“I’ve often thought about “Incendiary” as a sort of “Star Wars” set in a fantasy landscape,” she told United By Pop. “The setting is inspired by historic Spain. Reading about that time period was very painful and frustrating because there are some things in the texts that made it clear how cyclical hate is. That alone felt very timely.”

The backdrop for the novel, and the kingdom of Puerto Leones, mirrors the colonization of South America and the Caribbean by European countries, mainly Spain. The Moria had their culture, magics, lives and beliefs completely overrun by Puerto Leones. The existence of Moria became a stain on the kingdom that needed to be removed. The Moria are fighting for the right to exist in a kingdom that was once theirs. They are fighting for the right to live.

Natasha Ford graduated from St. Edward’s University with a Bachelor degree in English Writing & Rhetoric with a minor in music. She currently works at BookPeople as a Assistant Kids Inventory Manager. She is passionate about childhood literacy and diversity in publishing, and believes there is one book out there to turn every child into a reader. Her work has been published in Latinitas Magazine, Austin Women Magazine, and on the BookPeople blog. In her free time, Natasha loves doing yoga, reading young adult fantasy, and playing her with schnorkie, Bodhi. Find more of her book reviews on her instagram, @natreadstuff!