People’s Park: A Berkeley Haven on The Brink of Destruction 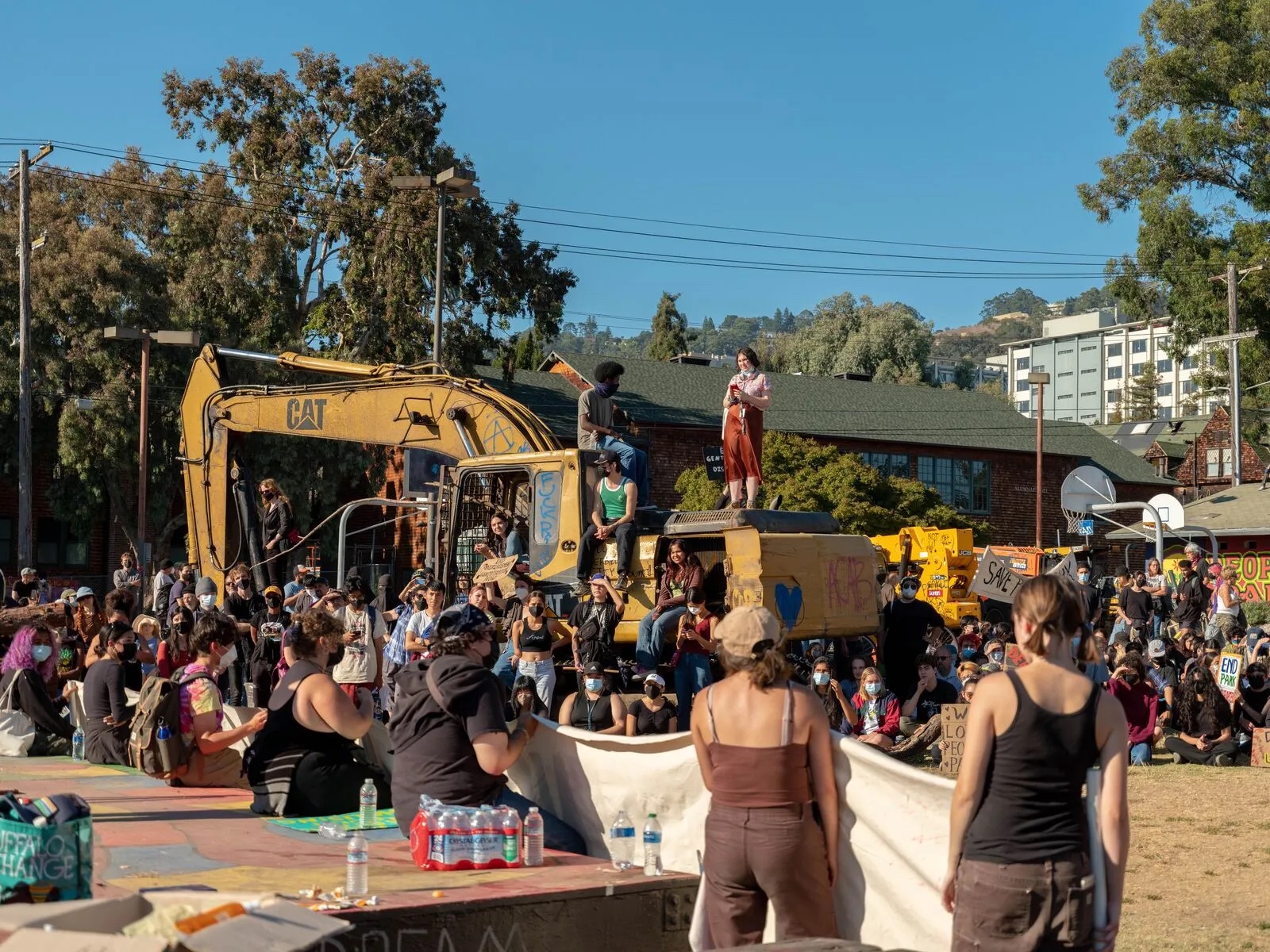 The University of California at Berkeley, colloquially known as Cal or Berkeley, is globally recognized and renowned. It is frequently dubbed one of the best public universities in the world, as well as one of the most progressive campuses. Unfortunately, what is often overlooked in the global discourse on UC Berkeley is the matter of People’s Park, a historical landmark and haven near campus that was established in the 1960s. Today, as you’re reading this, People’s Park is being torn apart by the university itself. The destruction of this Berkeley refuge should warn people about the overall abuse of the homeless in the United States, as well how environmental, social sanctuaries are often bulldozed over in the name of endless industrialization.

The history of People’s Park begins in 1969 when students at UC Berkeley first protested to preserve this site. Students fought to keep the university from building dormitories over People’s Park. These protests quickly became violent as “police opened fire with buck and bird shot on a large crowd of young protestors.” However, through pain and perseverance protestors were able to protect People’s Park and keep its legacy alive. Unfortunately, today these efforts are being crushed and erased.

As the San Francisco Chronicle highlights, UC Berkeley has finally pushed forward an approved plan to build over People’s Park. In fact, construction at the historical site has already started. Students and supporters of the park’s history have protested at the site, attempting to save the haven once more, but to no avail. Construction is pushing onward and the permanent destruction can already be seen with the cutting down of trees and flora. One of the gems of People’s Park is its community gardening, and the many trees and plants grown there that have sentimental meaning. For example, some of the trees at People’s Park have served as memorial trees. With the continuance of building on site, these gardens, trees, and plants are now in imminent danger.

UC Berkeley’s chancellor, Carol T. Christ, has highlighted the construction plans for People’s Park, explaining that there will be a large building for student housing developed on the land. Also included in the plans is a notably much smaller building for housing of the homeless that used People’s Park as a refuge and a safe space. There is also supposed to be a portion of the land reserved as a commemorative park and landmark of People’s Park’s history. The latter two plans seem like a small, unsatisfactory effort to preserve a place that should never be forcefully changed into a university establishment.

UC Berkeley’s decision to build over People’s Park is indicative of a larger problem in the United States—the severe mistreatment of homeless people in this nation, as well as the severe mistreatment of the environment and of social sanctuaries. As the People’s Park Historic District Advocacy Group points out, the university could have explored other options for expanding housing for students. Instead, they chose to destroy People’s Park because it’s the most convenient, never mind all the lives and communities this decision is irrevocably harming.

The long struggle to preserve People’s Park should remind readers of the dark histories that many revered institutions and places have. While modern times continue to praise UC Berkeley as a remarkable public university, it’s important to hear stories like that of People’s Park, which tell us a more nuanced history of institutions like Cal. As People’s Park continues to be torn down today, we should all honor it by remembering its rich history and the invaluable role this sanctuary has played in safeguarding the homeless, the environment, and the heart of compassion in Berkeley that fueled the decades-long struggle to protect People’s Park.