Family separation in the U.S. and how to help those in need 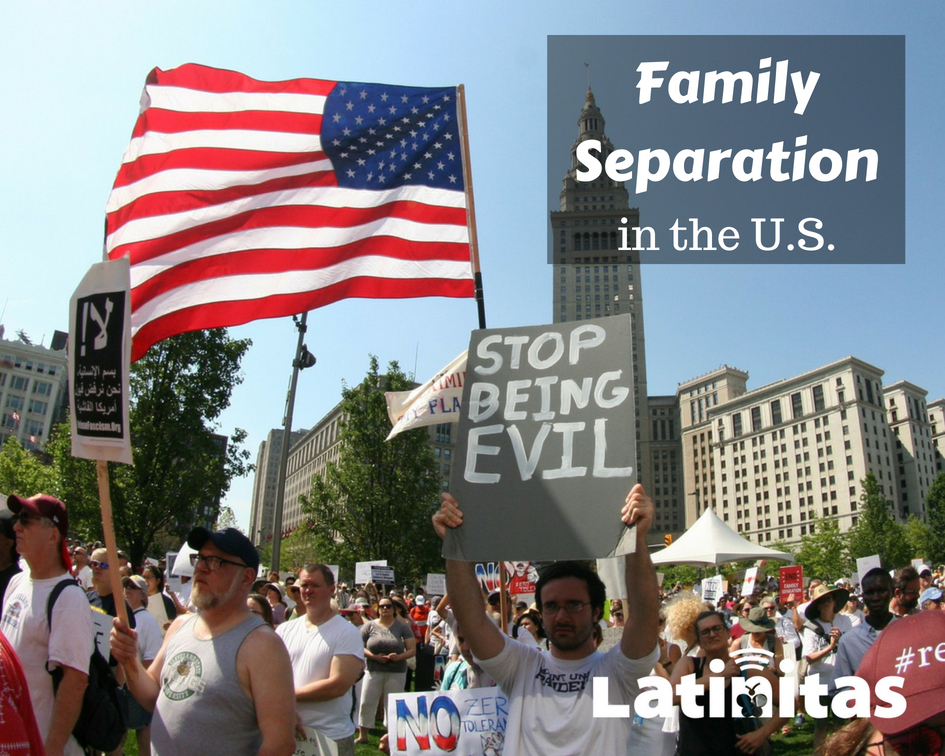 Hi Latinitas! This post is meant to teach you a little bit about what is happening to undocumented immigrants at the United States border and how you (yes, you!) can help them. Let’s start with what the family separation policy is, and more answers to your questions.

What is the “zero tolerance” policy and what has happened to immigrants because of it?

The “zero tolerance” policy that President Trump ordered in May states that immigrant children attempting to enter the U.S. are to be separated from their parents at the border. It is estimated that 2,000 to 3,000 children have been separated from their parents since this policy took effect in May. The deadline to reunite all families was July 27th, but the majority have not yet been reunited, and families are suffering because of it. Forced family separation has caused excessive trauma for both parents and their children, and it will have lasting effects for those families, even if they are eventually reunited.

Where do parents and children end up after being separated?

Parents are prosecuted by either being taken to detention centers, or deported back to their home countries. Children who are separated from their parents or adult relatives are either placed in the care of other relatives, child welfare officials, or taken to child detention centers across the United States. The conditions at these detention centers for both adult and child immigrants are infamous for their harsh conditions. Those who have been detained cite freezing cold rooms, spoiled food, and little access to running water.

So, what does this mean for families involved?

Experts say that separating families causes dangerous amounts of stress and trauma, which can affect children’s health over time. Dr. Colleen Kraft spoke to NowThis News about her experience visiting a children’s detention center. She explained that children forcefully separated from their parents can suffer from psychological issues such as extreme stress, or “toxic stress”, which can have long-term effects on their growth and development. Even if they are eventually reunited with their parents, children may exhibit detached behavior and may not want to be near their parents again. If they are younger than five years old, they may not even recognize their parent’s faces by the time they are reunited.

How can I help?

One way to help immigrant families would be by calling your representatives and tell them how you feel about families being separated and detained upon arrival in the U.S. If you aren’t sure who represents you, you find out using the nonpartisan site, Call Your Rep. All you have to do is type in your physical address and the site will generate information on who represents you, from local to state government.

Another way to help is by volunteering and donating to provide aid to displaced immigrants. You can donate to RAICES, International Rescue Committee or Save the Children, and find out about volunteering opportunities near you through Informed Immigrant. Here in Austin, Casa Marianella is a refuge where people can volunteer to provide homeless immigrants with resources such as food, water, shelter, and legal support.

Attend protests or rallies where people can gather to speak out against family separation. Families Belong Together is a useful resource to find protests and marches in support of undocumented immigrants near you. Gather your family and friends and encourage them to march with you.

If you don’t live in an area where there are support groups for undocumented people in the United States, or you can’t donate or march, you can also use social media to promote the sites and resources mentioned above.

Now that you know about the challenges that immigrants are facing in the United States and how to help them, you can go out and make a difference today.

Christine is a Latinitas contributor and a student studying Writing and Rhetoric at St. Edward’s University. She enjoys spending time with her Chihuahua mix, Frida. Follow her on Twitter @christineliza3.