How Selena Quintanilla Left Her Legacy 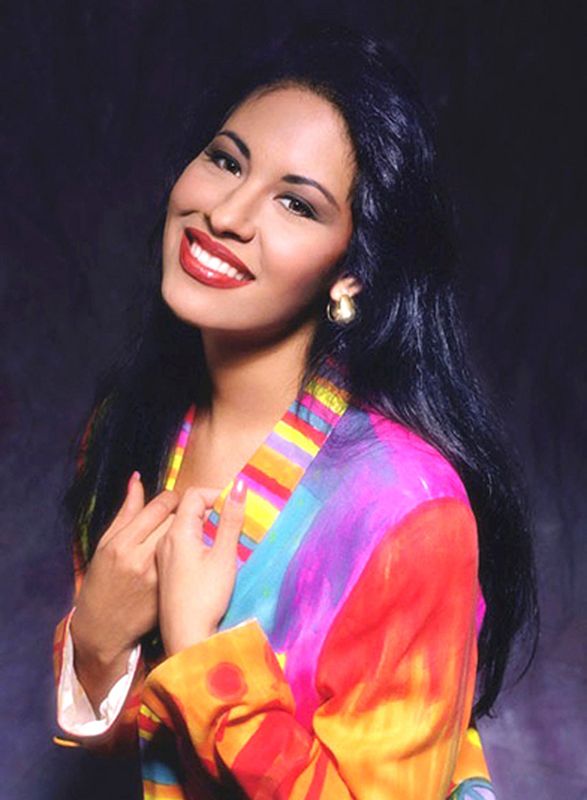 Selena Quintanilla, arguably one of the most successful and influential Latinas in the world, left behind her career and talent after being fatally shot on March 31, 1995. But that’s not the only thing she left behind- Selena also left her legacy, which continues to inspire Latinos today.

Selena had humble beginnings: born in Lake Jackson, Texas, to two Mexican-American parents Abraham and Marcella, Mr. Quintanilla could see Selena’s talents early on. “Her timing, her pitch were perfect, I could see it from day one,” Mr. Quintanilla told People Magazine. After losing his restaurant due to a recession, Mr. Quintanilla turned to his children and created the band “Selena y Los Dinos,” where Selena was the lead singer at the age of 10. With her brother A.B. (Abraham) as a bass guitarist and her sister Suzzette on the drums, Selena y Los Dinos began to grow.

Selena’s powerful voice shook the male-dominated genre of Tejano music- a blend of country, Latin, and jazz. Selena learned Spanish phonetically with her father before recording the band’s first album. As the band’s popularity grew, they began receiving awards for their accomplishments in the music scene. Their popularity caught the eye of Jose Behar, who signed them to Capitol EMI Latin Records in 1989. In 1994, just a year before her untimely death, Selena won a Grammy for her album, Selena: Live for Best Mexican/Mexican-American Album.

However, music was not the only thing Selena loved; she loved Chris Perez, the lead guitarist of the band. Selena’s father forbade them to see each other, but their love could not be contained. On April 2, 1992, Selena and Chris eloped. This angered Mr. Quintanilla but, eventually, he understood that this was true love. Selena also had a love for fashion- she was always drawing up ideas for the band’s costumes. With her determination, Selena opened her first boutique, Selena Etc., in 1994.

Selena was unfortunately killed at the height of her career, but death couldn’t stop her success. Survived by her family and husband, Selena’s estate has kept her memory alive. The family released Selena’s unfinished English album, Dreaming of You, a few months after her death. Composed of five English songs and some of her greatest hits, Dreaming of You was the first predominantly Spanish-language album to debut at the top of the US Billboard 200 Charts. Selena’s incredible life story also inspired the 1997 biopic, Selena, where Jennifer Lopez played Selena, and in 2020 Netflix produced the series Selena The Series starring Christian Serratos.

Selena has also inspired makeup lines, clothing lines, murals, a wax figure, a parade, a star on the Hollywood Walk of Fame, and even a museum in Corpus Christi, Texas that displays everything from her iconic outfits, such as the sparkly purple bell bottom jumpsuit (the Texas Astrodome Concert, her last), to her red 1986 Porsche Targa.

But physical momentos are not the only thing that she left behind- she also left behind hope. Selena is just as revered in the Hispanic community as saints are and, in a way, she is one. Selena represents so many things for us, but most importantly she represents the elusive American Dream. Selena was able to take her talents and achieve an incredible career. If Selena could be successful, so can we.

For so many of us, Selena is a beacon of hope in a country that doesn’t always accept us- but Selena was able to garner the admiration of people of all colors and backgrounds. The love for Selena is still felt today because we all see ourselves in her. We are her. We carry her legacy through our love, and that’s a beautiful thing.