Martin Luther King Day Is More Than A Holiday 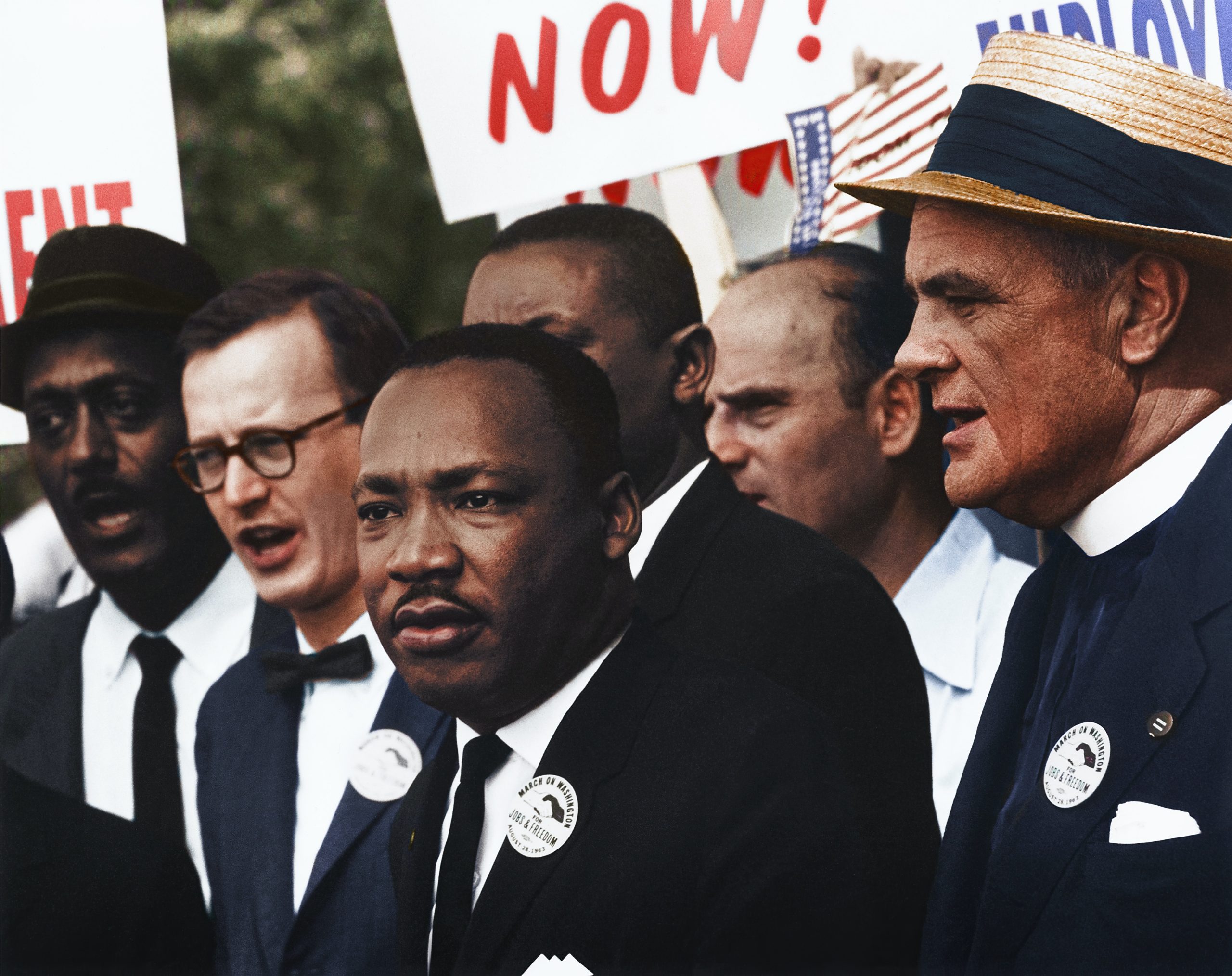 Dr. Martin Luther King Jr. at the March on Washington

For over 37 years now the third Monday of January has been dedicated to none other than Martin Luther King Jr. The Baptist Minister turned Civil Rights Leader who’s civil rights efforts changed the lives of millions and paved the way for his impactful “I Have A Dream” speech on the steps of the Lincoln Memorial in 1963. While Martin Luther King Jr. certainly isn’t the only notable figure throughout the Civil Rights Movement, he is one of the most recognizable. Going on to receive a Nobel Peace Prize just a year after his iconic speech, becoming, at the time, the youngest person to do so at just 35. Now, 55 years after his death, our country recognizes Martin Luther King Day as a way to celebrate his life and what would have been his birthday, which falls on January 15.

Martin Luther King Jr’s activism didn’t just begin at the Lincoln Memorial. He had been an advocate against segregation for years before making waves in 1955 during the Montgomery Bus Boycotts. Following Rosa Parks refusal to give up her seat on the bus, King, with the help of E.D. Nixon, lead the boycotts. For 385 days African Americans refused to ride the city bus in protest with the boycott only coming to a close after certain laws were passed ensuring public buses in Montgomery would be integrated. This of course is just a blip in time compared to all the moments of advocacy that would follow. From getting involved with the Albany Movement in 1961 to the March on Washington in 1963 down to King’s meaningful March just two years later from Selma to Montgomery. All of which led to long lasting change and made his legacy unforgettable, thereby rewarding the world with an annual day of celebration.

Though the legislation allowing the day to become a recognized federal holiday was passed in 1983, there had been a push for it since King’s assassination. Dr. King faced a life filled with threats due to his radical work. While staying at Lorraine Motel in Memphis, on April 4, 1968, Martin Luther King Jr. was fatally shot whilst standing outside on the balcony. This came after years of threats upon his life, as even the flight to this very trip was delayed by a bomb threat. King’s death sparked not only outrage but also an outpouring of admiration for the Civil Rights Activist. According to Britannica following Martin Luther King Jr.’s death in 1968, “Legislation for the holiday had been introduced in Congress… but initially received enough opposition to block its passage, though states and cities began honoring King’s birthday…as early as 1970.” Even with the legislation going through, the first formal federal holiday was not held until 1986.

Since that first national holiday, Martin Luther King Day has been celebrated with commemorative marches, parades, and speeches. The day even has its own motto “A day on, not a day off”. As every city usually has some event in support of not just King, but the Civil Right Movement as a whole, like Austin, Texas which held its annual MLK Day March and Festival. While this is all relatively good, in recent years the holiday has become less synonymous with enacting change, and more with getting to sleep in late. MLK Day has been around for 37 years now, and in that time it seems people have forgotten this holiday was fought for. The things Martin Luther King Jr. spoke about didn’t all just suddenly get better with one speech. If he was alive today, which he very well could be had he not been assassinated, he would still be trying to enact change.

Last year King’s eldest son, Martin Luther King III, and his wife, Arndrea Waters King, spoke out against complacency throughout the holiday, especially when certain issues like voting suppression were being actively considered in Congress. With Arndrea telling CBS, “We’re calling for no celebration without legislation. We can’t celebrate Martin Luther King Jr. without having the legislation, the cornerstone of his legacy, the cornerstone of our democracy, solidified.” Their 13-year-old daughter even added, “It is scary, very scary that I have less voting rights than I did when I was born.” We can’t in good conscience sit at home and pretend like everything was fixed when the Civil Rights Movement is still happening. In some ways, being an activist is more important now than it was 50 years ago. Martin Luther King Jr. and his fellow leaders got us to a place where more people have rights, more people are treated equally, and are valued at a higher standard. It is up to us as citizens of the United States who are still alive to fight in protection of those rights.

It’s incredibly important that we keep Martin Luther King Jr’s legacy alive, and continue to better our country in his honor. His work is not over. So, this Martin Luther King Day, don’t just be grateful you get to sleep in late or get a break from work. Be grateful for the sacrifices people made to make your life better and have the compassion to recognize that on this holiday and everyday. All around the world, people are making that sacrifice right now, and it is a sacrifice. Martin Luther King lived his life with death threats, people continue to threaten his family, his career, his future. He took that risk because he believed in his cause. Even though he would never get to see all the good he was putting into the world, he believed that the world still deserved it. And these sacrifices are not anything anyone is owed.

Take this holiday (and everyday) to give thanks and ponder over how different your life would be had Martin Luther King Jr. never told the world about his dream.