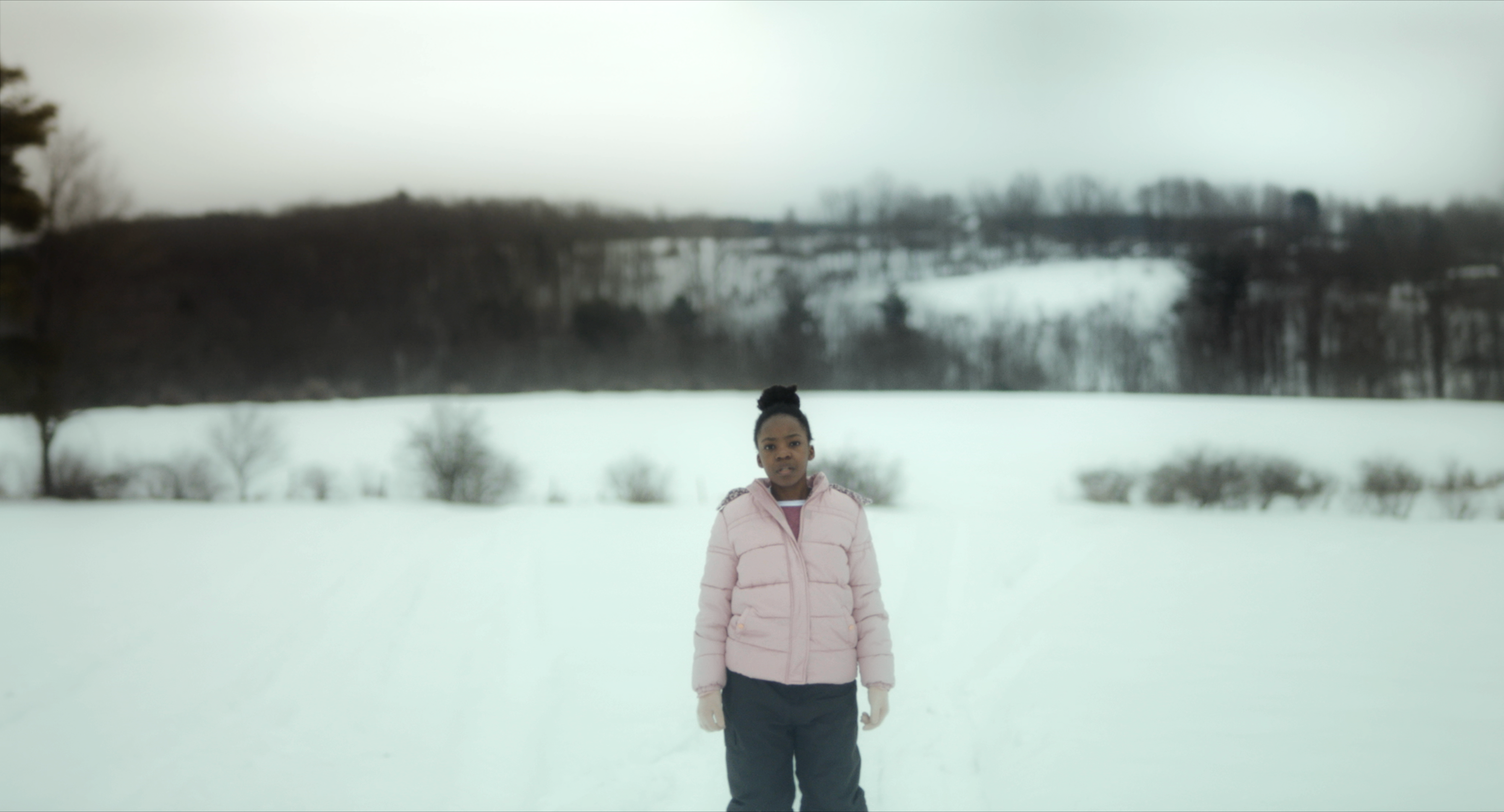 As a fan of all things scary, I’m always in the mood for a good horror flick. However, finding one can prove itself to be quite a challenge.

There are certain parameters that must be met in order for a horror film to qualify as a genuinely “good” film for me. Surface things like acting and an interesting plot can make or break a film for sure, but for me a film still needs to be engaging all the way through or its already lost. I want to watch something that has me on the edge of my seat. A movie that has me second-guessing everything up until the very end, wondering how on Earth the writers are going to tie everything together. Until, ultimately, they do. These types of movies, ones that are great on all fronts (acting, writing, and anticipation) are a rare find. Even some of my favorite horror flicks don’t check every box. That is why I am happy to report that my new favorite movie “THE HARBINGER” really does.

Written and directed by Andy Mitton, “THE HARBINGER” is an indie-produced horror movie with a predominantly Black cast set during the height of the pandemic. I know, already at the mention of COVID eyebrows are going up. Believe me, as soon as I picked up on this (due to the occasional mask-wearing and literal sanitization of groceries) sirens went off in my head as well. I thought to myself, do I really want to watch an hour and a half supercut of the worst time in my life? But before you write off this movie entirely based solely on its setting, I implore you to give it a second chance. This movie is phenomenal. The writing is intentional and well-done, the plot is fun and unique (not an easy feat to pull off in horror) and nothing holds a candle to the acting in this film. As a horror fan, I am on my soapbox trying to get you to watch this movie because I know we’ve all seen less quality content for so much more.

The way Andy Mitton handles the topics of isolation and general fears that manifest from living during a pandemic is nothing shy of expert-level writing. And even though none of us like to reminisce on that time, this movie shows how a pandemic, especially the one we all lived through, is the perfect backdrop of a horror movie. And it does so, without ever patronizing the viewer, or coming across as cheesy. I mean, think about all the anxiety that was already taking place around that time. The very real fear that going outside could put not just your life in danger, but your families. Already, the anticipation is off the charts. Add a terrifying demon making you question your own reality, and now we’re cooking with fire.

During the peak of the pandemic and lockdown, our main character Monique, captured beautifully in Gabby Beans, and her friend Mavis (Emily Davis) are plagued by hellish nightmares from a demon threatening that what they are experiencing currently is nothing compared to what’s to come. If you think you’ve seen a nightmare demon before, à la Freddy Krueger, I promise you haven’t seen this one. The movie has so many unique twists and aspects to it, it would be a crime to spoil any of them. All I have to say is it is worth experiencing. More than that, the demon works with the setting of a pandemic.

One of my biggest cinema pet peeves is when a movie’s setting doesn’t impact the plot. When you have a scary ghost who has no relation to the people or place they’re haunting, or a show with a group of high schoolers that has nothing to do with high school. They could be in college or a workplace, it wouldn’t matter. “THE HARBINGER” needs to be set during the pandemic, it wouldn’t work as well with any other backdrop. There’s a reason the demon is taking advantage of this pandemic. There’s a reason having scenes where you don’t know what’s real or a dream adds to the horror, instead of feeling like a cop-out, as is the case in so many lesser flicks.

So how scary is “THE HARBINGER”? Well, it is a horror movie, if that’s any indication. Though if you have a slasher flick with various cheap jump scares haphazardly thrown about in mind, you’d be incorrect. In terms of scares, “THE HARBINGER” is very similar to another one of my favorites, Jordan Peele’s “Get Out” in that while technically it is a horror movie, the emphasis is placed a lot more on the plot than the scares. “THE HARBINGER” is a great movie when it comes to anticipation, and while I wouldn’t consider it a slow burn in any way, the scares really work because you’re invested in the world, rather than simply because they’re unexpected. And on the topic of slow burns, there are a lot of unexpected twists and turns this movie makes, and one of my favorite aspects is that they don’t all just come at the very end. “THE HARBINGER” moves fast. Monique and Mavis are constantly making new discoveries and getting leads into their investigation. The writers keep the audience guessing with an ever-evolving storyline that puts you on the edge of your seat. One of the notes I wrote around the middle act was “on the edge of my seat”, and I was. And as far as endings go, “THE HARBINGER” has a great one.

I feel like a movie can be amazing 3/4ths of the way through, but if the ending isn’t good, it can be easily ruined. “THE HARBINGER” definitely stuck the landing when it came to its ending and wasn’t scared to go places most Western horrors don’t. I truly can’t express how much I adored this film. The only noticeable difference between “THE HARBINGER” and its big-budget counterparts, aside from a lack of coverage, is the slight lack of camera and audio quality. Not to say that the camera or audio quality ever gets bad, just that it feels less polished, and for good reason. “THE HARBINGER” is an indie film, not a big-budget Hollywood blockbuster, however, the writing, acting, and even the special effects more than make up for this. It seems, at least from what I could tell, that the film used practical effects, and only really used CGI to finish off the product. As such, all the scary moments with The Harbinger really work. They didn’t go the cartoony CGI route we’ve seen time and time again in even widely produced films, and instead opted for practical effects, allowing for an impressive end result. The monster looks like he belongs in the world, and so does every other scary thing that comes out of it.

In case you couldn’t tell, I really enjoyed this film. I wasn’t sure what I was getting into just from the trailer, and definitely had my doubts once the pandemic came into play, but when it comes to this flick trust the writers. They know what they’re doing, and they do it damn well. Even the side characters were well-acted and planned out, and to be honest, I’m still processing that ending. Which without giving too much away, really emphasizes just how much you never know your presence is adding to others’ lives. You have value. And that is such a strange and awesome takeaway to get from a horror movie.

“THE HARBINGER” is available right now for just $5.99 to rent or $19.99 to purchase on all streaming platforms, including Amazon, YouTube, and Apple TV.