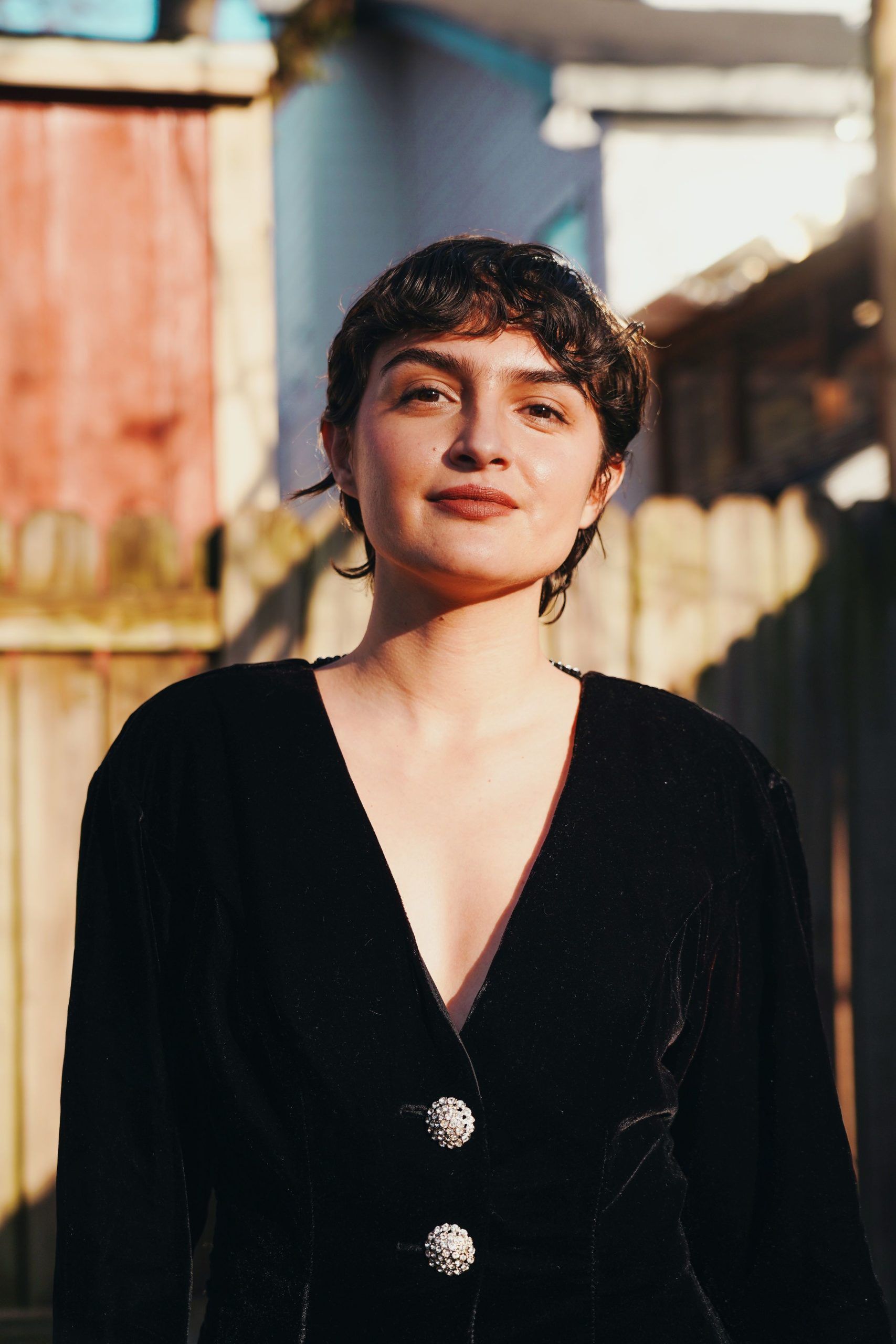 Reza Cristián is the co-founder of a groundbreaking platform called Sustain the Mag, dedicated to promoting a sustainable, eco-friendly mindset and providing educational content for all audiences. She comes from a Latinx household outside Los Angeles, California.

She grew up with sustainable habits, but unaware of them. The main reason behind any ecological actions in her family was finance: if they recycled, it was for extra cash; they used reusable bags and cutlery because it was cheaper than having to buy double every time something was used and wasted. These daily green steps Reza always took were never a matter of being eco-friendly.

“I never knew what sustainability was until I went to college for journalism,” she explains. Then she adds: “I loved magazines.”

The media inspires her and is  vital  for her in her relationship with the world. Although  Reza is a lifelong reader, magazines and newspapers helped connect her to different topics outside of her own experiences. One of these topics was fashion. As a consequence, when she came to learn what fast fashion was and how negative an impact on the environment it had, she wondered what other ecological topics she had been missing and how she herself could have a more positive, sustainable lifestyle.

“That led me to trying to find my niche: how can I contribute to sustainability and the environment by doing something I love? And of course that was writing,” Reza observes.

She decided that she wanted to start her own magazine to reach and speak to people the way her favorite magazines do.

She knew first-hand how much influence this type of media could have on its audience. Her goal was to shift the narrative. Sustainability and eco-friendly activism had gained such a negative connotation, and she wanted to show her world how immensely positive and necessary it really was.

Many magazines  covered  fashion but none of them raised the issues of sustainability or environmental justice. Reza didn’t really know yet what her platform was going to become. All she knew was that she wanted to write and she wanted to do it by her own rules. So, in the summer of 2017, right before her senior year, she got to work.

Sustain the Mag was born as a space for people of all cultures and backgrounds who felt like they also wanted to raise awareness in the name of the environment. Reza also intended it as a space for young people who wanted to build a better future for the world. Since the launch of the platform in 2018, Reza has opened people’s eyes to the reality of an eco-friendly lifestyle and its benefits and taught all the wonders of sustainability, the very things Reza didn’t know when she was younger because there was nobody to educate her on the matter.

“I remember people coming up to me in the halls and saying: I love Sustain because I now know more about fair trade, fast fashion, or anything else, and I’m excited to get a little more involved,” Reza recalls.

Nowadays, the topics covered in the magazine are much more widely known and regarded as urgent.

“Now everyone wants to save the planet, because it’s something we have to be quick on. We’re dealing with a lot of catastrophes,” she says.

With the birth of sustainability as a buzz-word, Reza has come to lead a community and a safe learning space for people who share her mindset about it through the magazine. And although Reza herself still has a lot to learn about the environment, she is grateful to be able to share her knowledge and experience with the audience at Sustain the Mag.

Sustainability isn’t Reza’s only interest: she is also a firm believer that media platforms should always be invested in diversity. As a figure of authority that people look up to for guidance and inspiration, the media has to reflect a world where no minorities are excluded, discrimination is prohibited and everyone has a place where they can see themselves and find what they are looking for.

“I know that media platforms need this sort of diversity in all things,” Reza states.  “Whether it’s the people they cover, the cultures, being very cautious of pronouns, etc.: we need to be a lot more in tune with people’s feelings.”

According to Reza, the media has a history of putting aside the human factor in their content for impartiality purposes, and this technique needs to stop. Journalists have to learn to connect to their audience, because the information they provide is going to impact them, and the best way in which to do so is to make them feel accounted for. They are a mirror of the reality they write about; therefore, they should represent the very best of it.

“We want to make sure things have a purpose,” Reza clarifies. That’s why diverse content is one of Reza’s goals for the everyday life of the platform.

Sustain the Mag has been an amazing experience for Reza which has helped her to grow as a person.

“I appreciate the people who have helped me along the way and who have taught me that it’s okay to say no to some things,” she says. “I used to say yes to everything, and it took me a long time to realize that it left me tired, and I didn’t have time to focus on Sustain.”

She has learned the meaning of sacrifice, how to make hard decisions, how to lose a battle to win the war; and she appreciates every lesson she has learned along the way.

Reza has a great piece of advice, something that she has learned and perfected over the years, that she would love to transmit to other young girls with similar aspirations to hers

“Don’t be afraid to ask for things,” she recommends. “Ask for more, whether it’s more money, tasks, anything, just don’t be afraid. I’m always afraid to ask for help or anything like that. We have to make sure that we know our worth and that we do things that make us happy at the end of the day. We deserve more than what we think.”

Reza thinks that you should make yourself heard, for the good of your ideas, your projects, your little grain of sand. At the end of the day, the only things that matter are the ones you make happen, so it’s up to you. Don’t silence your thoughts. Trust the people around you, trust your community: there will always be someone out there who is willing to help your cause. You can always take the  first step.

Reza wishes she could inspire these young girls to just try.

“I would love for them to take what they know about marketing and pitching and to come up with their own ideas, they already have ideas that they love, and then start asking what they can do to get to that place,” she adds..”

Reza wants to encourage any young go-getters out there to take their ideas and try their best to make them come true, even if they have to start small. The tiniest effort can lead to great things. In fact, even at her magazine, anything she might accomplish is only possible because of the little, everyday things.

On a normal day for Reza, she doesn’t always get to organize a big fundraiser, important event, or a ground-breaking article, especially not during the Covid-19 pandemic, a time where these kinds of palpable projects have become scarce.

Most of the time, her work involves building up her social media presence and marketing, communicating with the people she collaborates with to integrate their visions into the platform, and writing emails.

“A lot of emails,” Reza chuckles lightly. “Our emails never go away, they just keep piling up, we always have to write emails.”

Pushing through the mundane parts of the job is key to building a space like Sustain the Mag.

“Those are the main things that are not the fun stuff, but are very important for building the community,” she explains.

Reza is coming up on her fourth year at the platform, and she keeps working on these details every day so she can accomplish her goals in the future: have her magazine in print, sustainably made on recycled materials; grow Sustain the Mag into a larger-scale media agency; and strengthen their mission to educate people about sustainability, environmental and social  issues. Though her journey is far from over, Reza has made a lot of progress and she looks forward to caring for the world in her own way.