Why this Columbian-American is enchanted with Disney’s Encanto 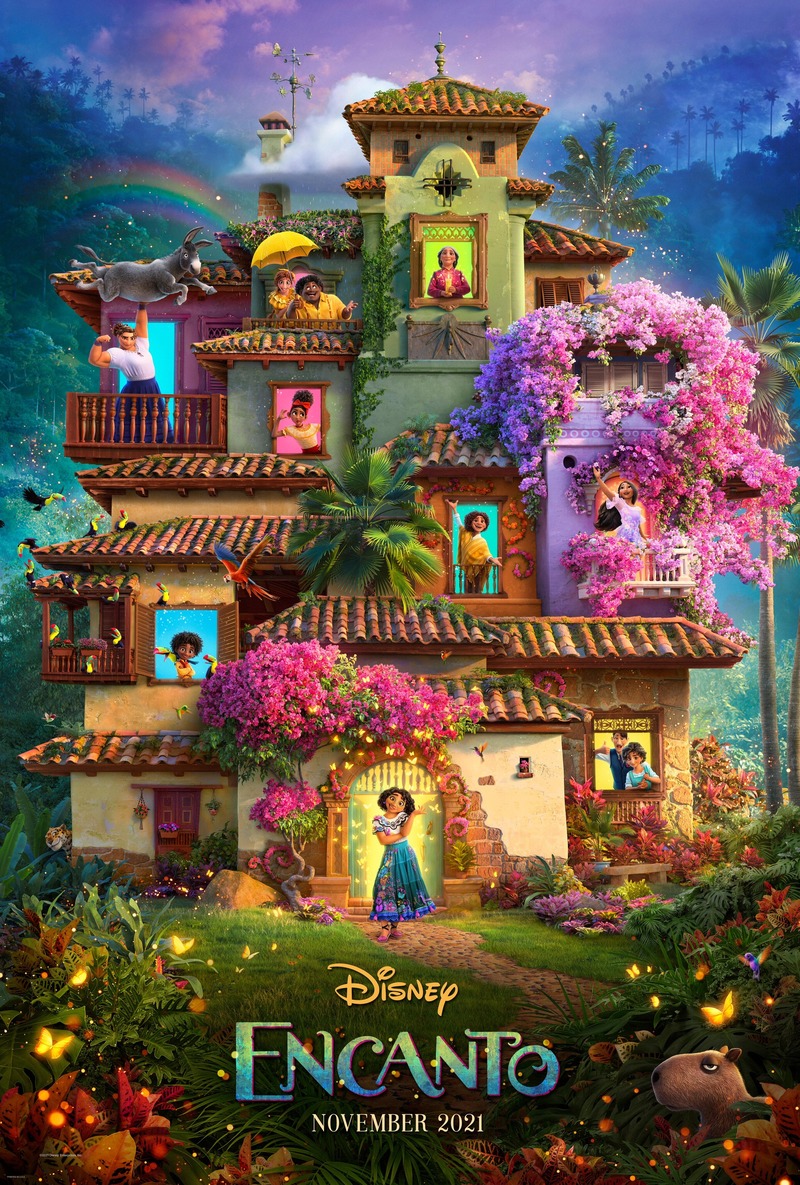 Growing up as a Colombian-American in San Francisco, I didn’t see too many other people from my South American nation. Sure, there was a community, but it was tiny in comparison to the larger Mexican, Nicaraguan, Salvadoran and other Latin American communities that no doubt helped raise me in the Bay. I felt unique but I also felt a bit isolated. I reached for things that would help me feel connected to my own culture, things that would reinforce my deep pride in being Colombian–music, books, television shows, and other forms of pop culture. It reminded me that there are millions of other Colombian-Americans like me, and that we have so much in common to celebrate.

Imagine how I would have felt if Encanto existed when I was a kid!

Encanto, Disney’s latest animated film released on Thanksgiving Day in 2021, centers around the Madrigal family in Colombia, particularly Mirabel. The young girl wasn’t blessed with the supernatural gifts everyone else in it was; this uniqueness makes Mirabel feel isolated, and different, a feeling that many young Latinas, myself included, have been able to relate to. But, even though Mirabel appears to be imperfect (who isn’t?!), and may not seem as special as her family members, it is she who ends up saving the day when it is needed.

In addition to a cool premise that ties into Colombia’s use of magical realism, and a glimpse into our culture, another great thing is that there are actual Latin Americans and Colombians tied to Encanto. Stephanie Beatriz, an Argentinian-born actress with a Colombian father and Bolivian mother, voices Mirabel. Colombians and Colombian-Americans who are part of the production include John Leguizamo, Diane Guerrero, Maria Cecilia Botero, Mauro Castillo, Angie Cepeda, Adassa, Carolina Gaitan, and Maluma. Carlos Vives serves as one of the film’s producers. When my family and I, a Colombian-American, found out Encanto was in production, we couldn’t believe that Disney was telling one of our Colombian stories; to then learn that people we have seen represent Colombia for many years are a part of that storytelling is icing on the cake (and real representation in Hollywood).

Disney’s Encanto isn’t just a win for Colombians and Colombian-Americans, however. It is just one wave of a growing tide in which Disney female protagonists are diverse, strong, and don’t need anyone–much less a man–to save the day but themselves. They also aren’t perfect, nor do they pretend to be, and in spite of their flaws, they become fully realized, successful people. What sets them back ends up setting them free. These are stories that both adult women and little girls need to read, hear and see on a regular basis.

Disney’s 60th animated film means a lot to me, and I must not be the only one as a Colombian-American who feels that way, given it has earned $93.1 million domestically and $222.6 million globally since its release. It’s also worth mentioning that Encanto’s soundtrack hit number one on the Billboards last week, the first animated film to do so since 2019’s Frozen II, and one of only six animated movie soundtracks ever to reach this milestone.

It has given me the ability to see a girl with big hair and glasses like I had, who is also Colombian, who has strong ties to her family, who doesn’t have it all figured out, up there on the screen. To have the world see what I see in Colombia- the beautiful images, the culture, the amazing people–and not the drugs and the stereotypes. To hear vallenato and understand why we love accordions. To be seen. Disney, a part of the world’s childhood, took a piece of Colombia and shared it with the planet, and for that I am grateful. I hope that they share the narratives of each and every Latin American nation so that other Latinxs can feel represented, understood, heard and appreciated. Wepa!

Editor’s note: Some data was updated to reflect January 2022 numbers