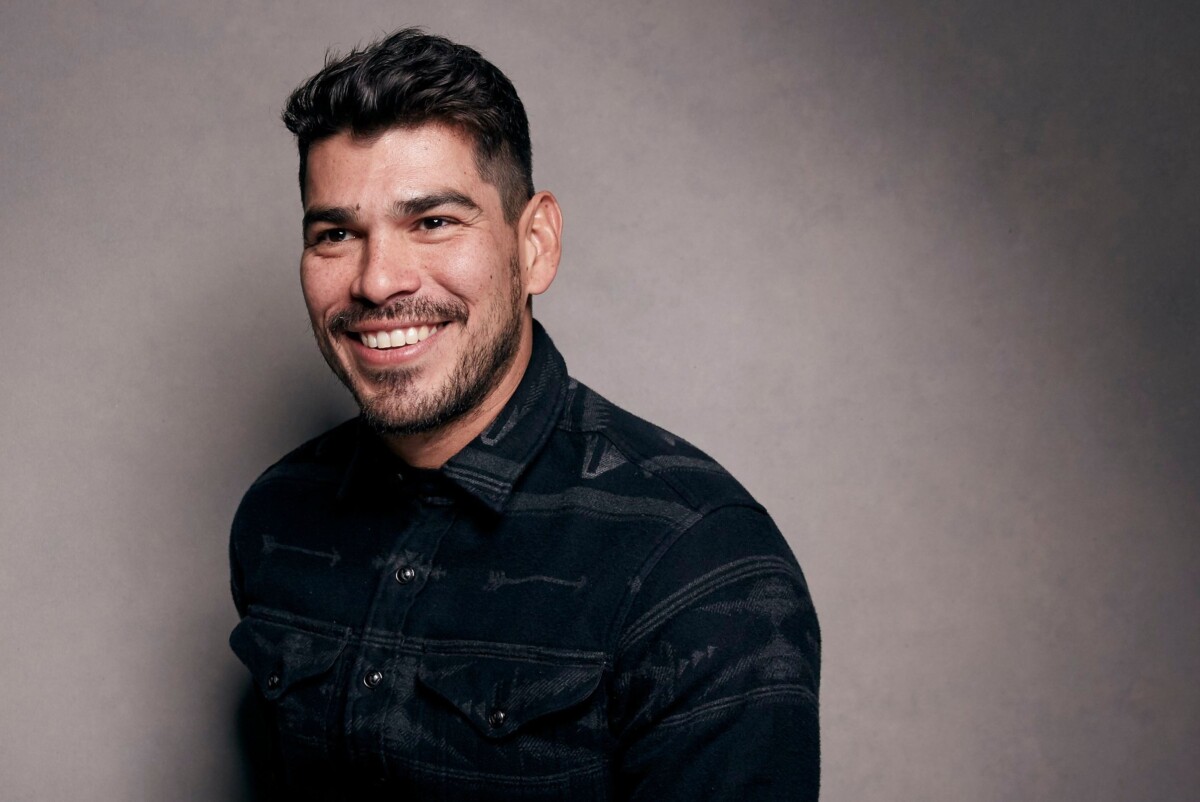 AUSTIN, Tx.—Actor Raúl Castillo is best known for his roles in “We the Animals,” “Atypical,” “Looking” and “Vida.” Before he was seen on the big screen, he grew up in the Rio Grande Valley in the city of  McAllen, located in South Texas.

In the below interview, Castillo discusses his upbringing, culture and road to stardom.

What steps did you take growing up in the Valley towards acting – did it start early? I see you were in LAByrinth. How did it happen, and what do you take from there to your current jobs?

I started out auditioning for plays and taking drama classes at Nikki Rowe and McAllen High Schools in McAllen, where I grew up. I was fortunate to have some good teachers who cared a lot about theater and instilled in me discipline and a love for the craft. It was a competitive environment, and I learned a lot about hard work and dedication. But at the time, I was highly insecure, and I didn’t think I had the polish to ever make it as a professional actor and instead turned to playwriting.

I applied and got accepted to Boston University’s School for the Arts, where I studied playwriting with Derek Walcott and Kate Snodgrass, among others. B.U. was really my first ticket out of home. As for joining LAByrinth, I moved to New York in 2002, and I kept hearing about LAByrinth – the company’s reputation proceeded it. What LAByrinth was doing at the time, the shows they were producing, the readings and workshops, there was a real sense of community that was magnetic. Some of my early gigs in New York were with another company called INTAR, which is dedicated to producing work by Latino playwrights, which is where LAByrinth got its early start and where I met several LAByrinth company members. Eventually, with some of these members’ encouragement, I submitted one of my scripts for their Summer Intensives, a developmental retreat held out of town. The play was accepted and well-received, and from that, I was invited to be part of an annual reading series they had every year back in the city.  The script was called “City of Palms,” and it took place in South Texas. After that, I made my Off-Broadway acting debut in Jose Rivera’s School of the Americas at the Public Theater, also with LAByrinth, cementing my future with the company. If I’ve learned anything from LAB, it’s that you have to risk in order to receive. And sometimes taking a risk, taking a leap, can be scary because you don’t know what the results may be. But it’s the only way to get to a truthful place, both as an actor and a writer. Without risk, there is no reward.

What I bring from home: work ethic, dedication, humility, compassion, a strong sense of family and community, and culture and integrity. Those are all qualities instilled in me from a young age and qualities I try to bring to every set or every theater I work at. Undoubtedly, one of the essential qualities I picked up at home is this sense of community. That has been really important to my craft and my emotional health as a human being. I played in punk rock bands throughout my teenage years in McAllen (I’m a bass player), and that was an early outlet that gave me a community and a sense of purpose. I’ve been seeking that out ever since.

You said in the NY times -“Early on, people would ask me if I thought playing a gay character would pigeonhole me,” Mr. Castillo said. “If anything, because the character had the profile that he did, it’s opened up more doors than anything.” I love this because kids aren’t as inhibited about sexuality —even if their parents are. Did you learn anything you didn’t expect from Ritchie?

Yes, I learned how hungry people are to see themselves onscreen. There’s a real need for diverse representation on screen and in popular media. I still get so much love from fans out in public. Richie resonated for people because he was this brown man who had integrity and a backbone, and we don’t often see that onscreen. Also, it was awesome to see how it deepened the conversation with some of my own family. When “Looking” came out, I found myself engaged in various dialogues that never would have happened in a million years without the show. People are generally afraid to talk about things they don’t understand. This is why storytelling is so important. It can be the impetus for a conversation that otherwise wouldn’t have happened.

Despite your point, Latina youth face a lot of homophobia from the community. Did you have role modeling in mind playing the part of Ritchie?

There’s no specific person that comes to mind, but I’m lucky to have some great friends who I have no doubt had some influence on the character. I grew up in a very conservative environment where Queer and LGBTQ+ people were marginalized and not readily encouraged to come out. Still, I had many friends who defied these conventions —people who challenged the norms. I’m sure there’s a lot that in Richie’s DNA.

No, it only deepens my understanding of it. To be Mexican in the United States is an ever-evolving concept.  My experience as a young person in this country is so different from a young person’s experience today though I’m sure there’s plenty of overlap.

Who are you watching now? Obsessed with the big or small screen? (Anyone the girls would know?)

Some ladies I get to call friends: Cristela Alonzo, Tanya Saracho, America Ferrera, Gina Rodriguez.  Some shows and filmmakers: “Insecure,” “The Get Down,” “Atlanta,” “The Crown,” Barry Jenkins and Andrew Haigh.

I did see you on “Nurse Jackie” once, right? You were one of the young parents?

Yup. That was me. I almost didn’t go to that audition. There was a mixup and I was called in for another part that I was totally wrong for. The casting director knew he had made a mistake and asked me to read for another character, the character I ended up booking. If there’s a lesson there, it’s you never know how good fortune will present itself.

Make sure to catch Castillo is his latest roles in “Army of the Dead,” “Night Teeth,” and more coming out soon!

This interview was conducted in 2017 by CEO Laura Donnelly.