What I Learned From Technology Honoree Dr. Colette Pierce Burnette 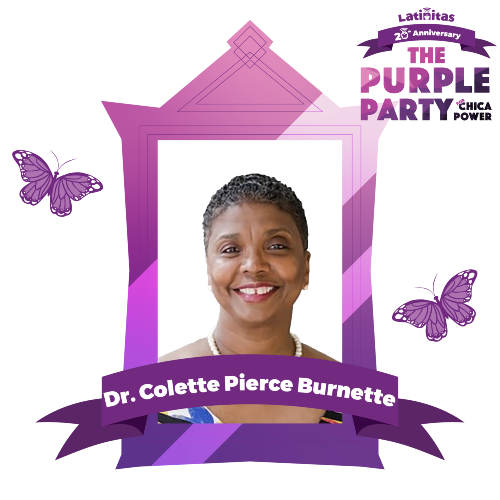 This week, Latinitas will be celebrating its twentieth anniversary at the Latinitas Purple Party for Chica Power Gala. As part of the annual fundraiser, Latinitas chooses six courageous female leaders to honor. The women who were chosen all have incredible stories and immense achievements, but what truly sets them apart is the passion they each bring to their field. I got the opportunity to sit down with four of our honorees, and this is what I learned from our Technology Honoree, Dr. Colette Pierce Burnette. Dr. Burnette has a long list of achievements, including being the first female president at Huston and Tillotson combined colleges. She co-chaired the Mayor of Austin’s Task Force on Institutional Racism and Systemic Inequalities and has been awarded accolade after accolade, including being named one of the 10 Most Influential Women in Austin. Suffice to say, I was nervous. But Dr. Burnette’s kindness and warmth made me feel comfortable almost instantly.

As we started to chat, I realized there was only so much a list of achievements can say about a person, and I had a lot to learn. While education had always been a passion, it wasn’t Dr. Burnette’s initial career path. She is a military wife and worked as an engineer for twenty years before her husband retired from the Air Force. This gave her the time to follow her own passions and, on a whim, she took an official teaching position and never looked back. There were a lot of surprising moments in our conversation. I asked her what was the most fulfilling part of her career, and her answer stunned me, “commencement.” She told me aside from receiving her doctorate, commencement is her biggest highlight, “My students come in as Freshmen or adults re-entering the education space to aspire to get their Associates or Bachelors, and then you see them two or six years later and they’re crossing that stage for the degree that they’ve earned… and it’s a pleasure for me to be that person to stand there and hand it to them and shake their hand in this milestone marker.” I was genuinely shocked that graduation could mean so much not just to the student, but also to the teacher. It’s the type of answer that shows just how much passion Dr. Burnette puts into her work.

Perhaps the most significant part of our conversation was the best and worst advice Dr. Burnette had ever received. This is an incredibly accomplished woman, someone who’s spent their life learning and bettering themselves, and the best advice she’d truly ever received was none other than “to be my authentic self.” Everyone’s been told this before, but Dr. Burnette accredits her mother for actually instilling it in her. Growing up, Dr. Burnette watched her mother never waver from who she was. What she said was what she meant, she never had ulterior motives. Dr. Burnette worked hard to implement that into her own life. However, her worst advice was a direct contrast to this, “Someone had advised me that my afro-y natural hair was not very presidential. So the worst advice I’ve ever received that I took…was to change my image to look more presidential when I was interviewing for this position. So I got my hair flat iron straightened so that I could look more presidential and my hair and I went to battle because it wasn’t my authentic self…I went back and got my hair cut and wash my hair into my natural style. And I’ve been wearing my hair the way that’s my comfort ever since.”

Speaking to Dr. Burnette was eye-opening. You always hear people telling you to be yourself, but I don’t think I’ve ever spoken to someone who broached the topic with such honesty. Being yourself can be a hard thing to do, especially in a professional setting,  especially in a male and white-dominated field. But the conversation I had with Dr. Burnette really put into perspective just how important that is. More than that, on a personal level, I related to Dr. Burnette’s life story. My mother also worked in a male-dominated field, also got her doctorate later in life, and also used the position she held as a way to help other women. Dr. Burnette’s story is that of so many other women, and it was a pleasure to have a conversation with her.

If you’re curious to learn more about Dr. Burnette’s story, or even the honorees I didn’t get the chance to meet such as Entrepreneurship Honoree Angela Angulo and Education Honoree Dr. Maggie Rivas-Rodriguez, you can learn more about them and how to get involved with the Purple Party Gala at https://www.latinitaspurpleparty.com/. If you’d like to listen to my full conversations with the incredible women I did get to meet, check out our podcast Unrepresented on Spotify and all other podcast services right now. 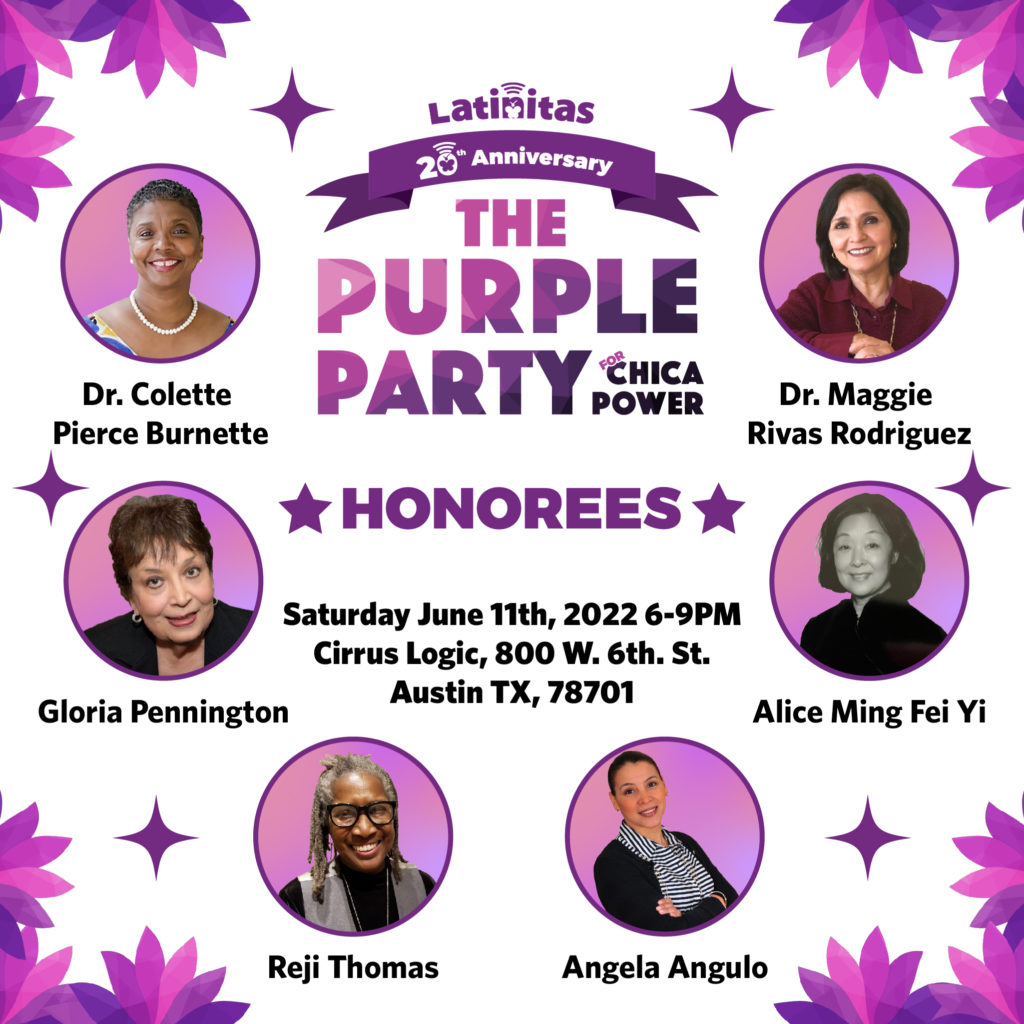