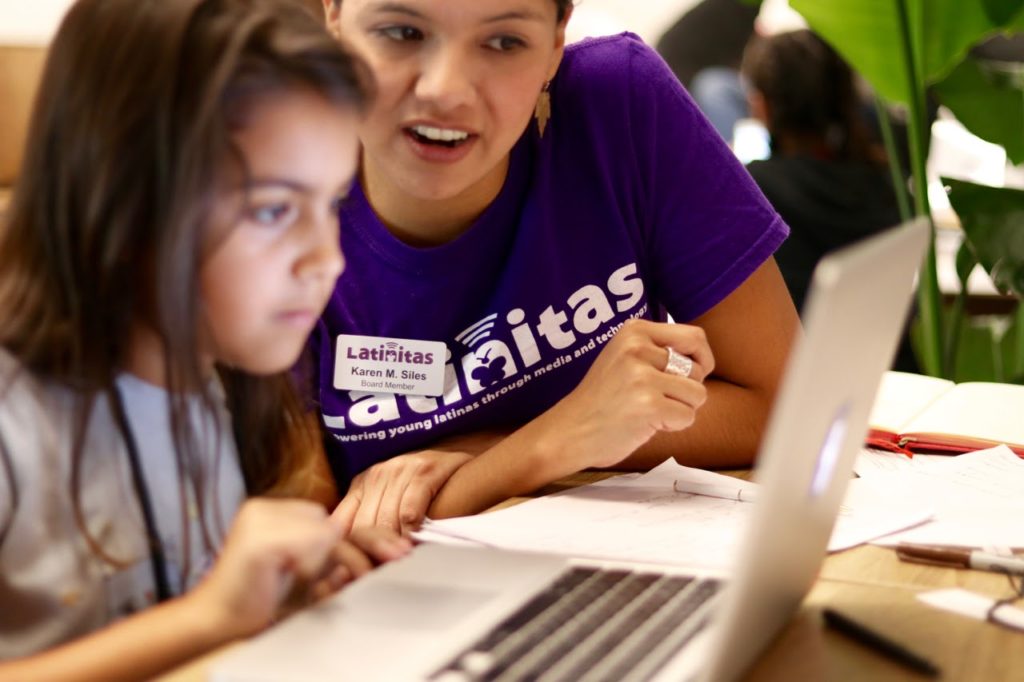 This past week Refinery 29 published an article spotlighting just how important mentorship programs designed specifically for Latinas are. While the piece took a harsh look into why these programs may be so sparse in LatinX spaces, it also highlighted some organizations that are aimed at evening the playing field for young Latinas. Organizations like Latinas On the Verge of Excellence (L.O.V.E.), a New York based organization set in predominantly Hispanic neighborhoods, Las Chicas Del Barrio, a Dallas-based nonprofit that helps empower high-school-aged girls, and, drumroll please, Latinitas! Our very own Austin-based nonprofit set on empowering girls starting at age 9 through our various programs and conferences. Not only were we mentioned in the article, but our Founder and CEO Laura Donnelly was also interviewed and quoted!

Mentorship has always been a pivotal aspect of Latinitas. While most of the organizations mentioned in the article deal with high school and college-aged girls, Latinitas wanted to help people that were even younger. A key aspect of our conferences, camps, and workshops is highlighting Latinas in our community who are in leadership positions, often inhabiting male-dominated fields. We predominantly focus on empowering and educating our chicas through media and technology, two fields where representation is noticeably lacking. In the piece, Laura touches on the importance of not just the girls seeing someone who looks like them, but also someone who can actually pronounce their name. Showing them they don’t have to lessen or disguise their culture to make it in their desired industry and that they belong.

As the Refinery article touches on, a big reason Latinas are less likely to inhabit these spaces is not due to a lack of motivation, but a lack of representation. If Latinas do not see someone who looks like them thriving in a certain field, they’re going to assume they don’t belong there. And it doesn’t help that the positions Latinas does see themselves in are never exactly leadership roles. Latinitas works hard to ensure that whatever our chicas want to be, they see someone who looks like them already succeeding in that field. From VPs of technology companies, to fashion designers for massive brands, our chicas have seen it all.

Refinery 29 is a massive publication that as of 2017 has a reach of over 400 million people. Them spotlighting this issue at all is a massive win. Then, for Refinery to seek out specific organizations, and for Latinitas to be one of them is a huge boon for us. As I’m sure you’ve noticed through our years of work, and clear growth, we haven’t slowed down. Latinitas is cooking with gas, and our intention to keep going has only gotten stronger.

Thank you so much to anyone who has read an article, or gone to one of our events or donated to our various projects. We see you and appreciate you. ¡Solo subiendo!