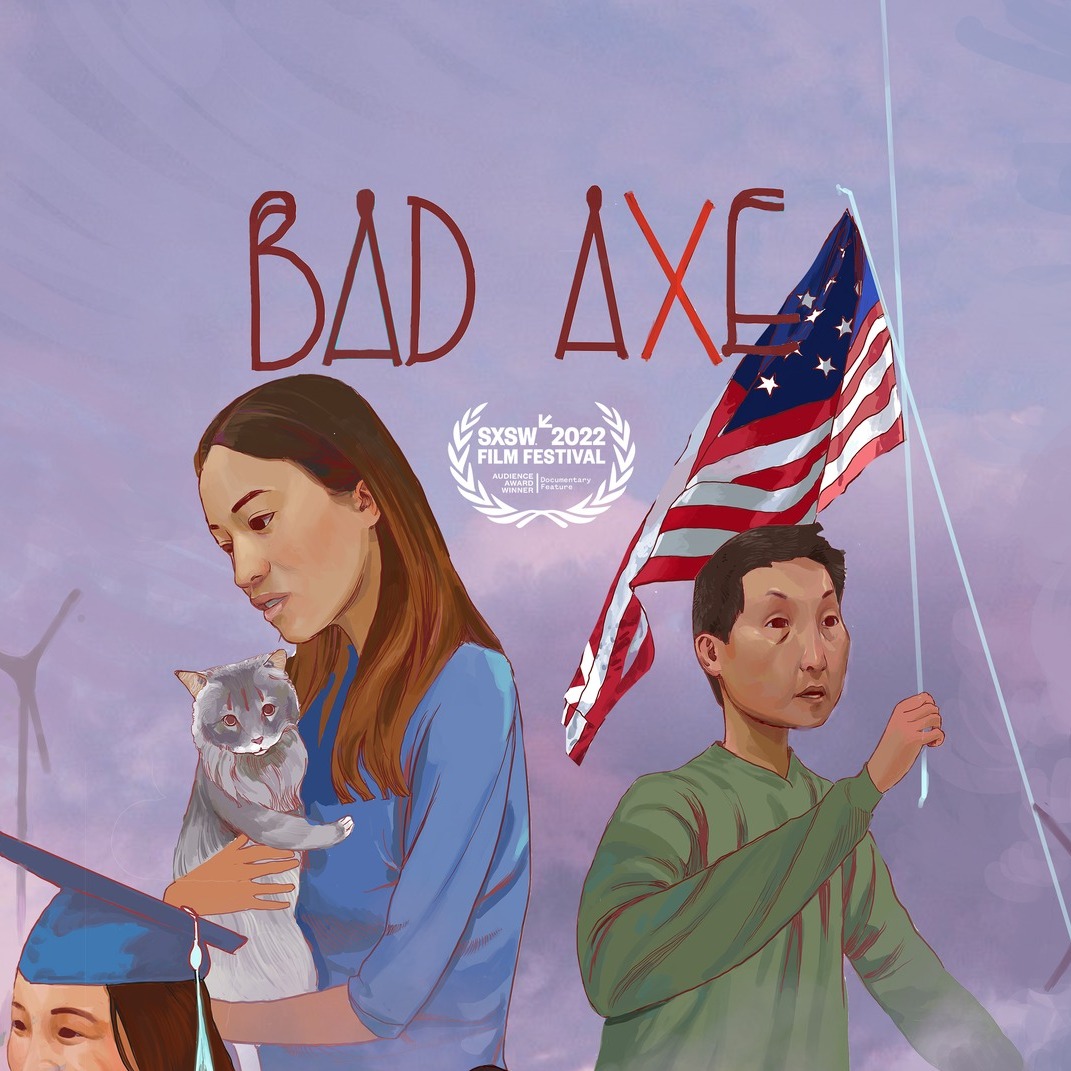 “Bad Axe” is an IFC documentary that follows a multi-racial family of Asian and Mexican descent and their challenges in the wake of the Covid-19 pandemic.

In the aftermath of the George Floyd riots, the family struggles to keep their restaurant “Rachel’s” (named after Mrs. Siev) afloat in their hometown, a conservative pro-Trump and rural Bad Axe, Michigan. Director David Seiv does a good job at documenting his family’s intimate moments. Along with David, the Siev Family consists of parents Rachel and Chun Siev, and daughters Jaclyn and Raquel. The film takes us on an emotional ride, and at times is filled with intense shouting matches between elder sister Jaclyn and their headstrong father Chun, who are both the main protagonists.

In the opening scene of the film, Jaclyn is seen reading a letter from a disgruntled patron who vows to “take their ‘business’ elsewhere,” as they are dissatisfied with the Siev family and their support for the Black Lives Matter movement that became the focal point of national attention in 2020. Among this, the first part of the film also focuses on the stressful measures of the pandemic and the worries the Siev Family experience over mask mandates, lockdowns, and serving their community through their restaurant. The children’s father Chun, the patriarch of the family is pictured visibly upset at limitations due to the deadly threat of the virus, as daughter Jaclyn begs him to stay home along with their mother for their protection. Jaclyn is determined in protecting her parents, and vows to upkeep at the restaurant along with her sister Raquel. The disagreements that we watch between Jaclyn and her father are riveting and heart wrenching.  These particular scene’s between them are highly relatable as many around the United States and the world panicked at the uncertainty of Covid-19, and its realism is undeniable.

Another undeniable aspect of the film is witnessing the family bond between the Siev’s and the love they have for each other. Their father Chun has a strong and challenging personality that can be attributed to his background history of migrating to the United States in the mid 1970’s to escape the killing fields and genocide in his native Cambodia. This narrative in the film reflects the American dream, and the promises and potential opportunities available in the United States. It’s clearly obvious he and wife Rachel have worked hard in building their business empire together, which makes you root for them as they are being challenged in their community during the pandemic.

Chun and Rachel’s entrepreneurial ambitions have also been passed down to their children as they have continued to help the family business. The second part of the film we also witness the Siev Family focus on taking safety precautions due to threats within their community. In observing the Siev Family deal with safety issues, I found it interesting that they are proponents of gun rights although the family seems to align more with progressive ideals, but this could be due to Chun being a bit more conservative in his stances towards certain political issues.

There are scenes that depict Chun showing his family proper gun handling which refreshingly shows the diversity that exists in the political landscape. From the very beginning to the final scene of the film, we see an array of emotions that many Americans experienced during the first year of the pandemic and a high-stakes presidential election. We see the Siev family argue, disagree, unite, and celebrate. No doubt, the film’s genuine story will be looked back on with time, as a great reminder of a historically uncertain time in America, and a family’s fight for their beliefs and livelihood in the midst of it all.