“Bee and Puppycat” Jumps From YouTube to Netflix, Did It Stick The Landing? 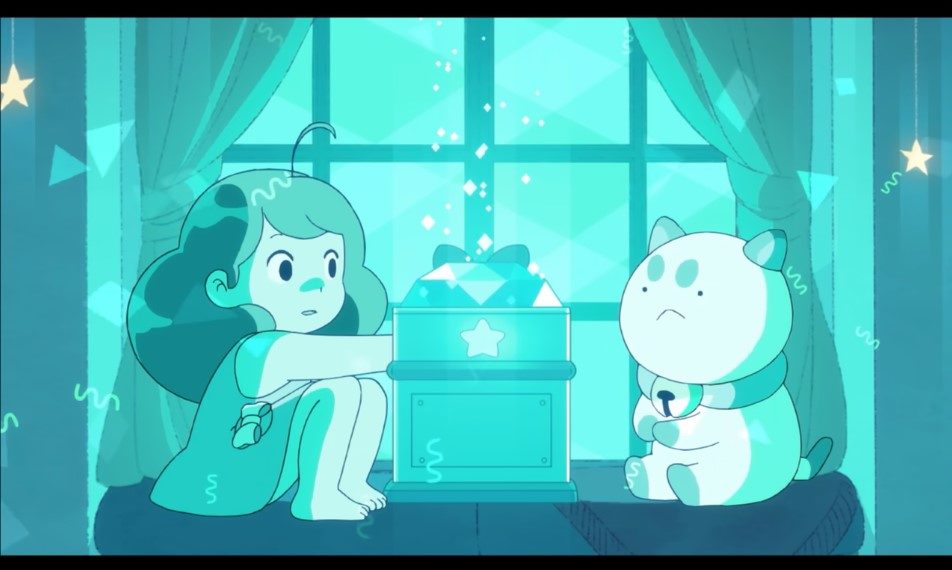 In 2013, Natasha Allegri, storyboard artist and writer for Cartoon Network, created a 10-minute episode introducing the world to the quirky and loveable Bee and Puppycat. The episode told the strange tale of a charming girl in her early 20s, Bee, struggling to navigate adulthood when all of the sudden a creature, not a dog but not quite feline, falls into her lap. The animation was a little rough around the edges, the story not fully fleshed out, but the potential was there. The episode, released on the YouTube channel Cartoon Hangover, garnered millions of views and an instant fanbase. People loved the bizarre but sweet characters and were hooked on where the story could go. Bee had secrets. Puppycat had secrets. There was so much left to explore, and people weren’t ready to leave this world yet. Fortunately, they wouldn’t have to, but they would have to be patient.

Following the episode’s success, one year later Natasha Allegri partnered with Frederator, the animation studio responsible for hit shows like “Adventure Time”, “Fairly Odd Parents”, “Bravest Warriors”, and now “Bee and Puppycat”. The pair started a Kickstarter hoping to amass around $600K to fund and release a proper full season of “Bee and Puppycat” with TV-quality animation. Fans were extremely passionate, literally paying out of their own pockets to see more content. The Kickstarter was a huge success, surpassing its initial goal by over $200K. Finally, in 2018, four years after the initial Kickstarter, the full first season of “Bee and Puppycat: Lazy in Space” was released for free on YouTube. The entire thing was only a little over an hour long, filled with 10 short episodes, but after years of hype and patience, it was a huge hit.

The animation was beautiful, vibrant, and filled with pastel colors. Everything was, for lack of a better word, cute. Literally everything. Natasha and the animators really honed in on the show’s aesthetic, and they didn’t skimp on the story or lore either, as the writing and humor are true standouts in the series. YouTube’s “Bee and Puppycat” told the story of how Bee’s life turns upside down when she meets the magical and talking Puppycat, who, despite his adorable appearance, is a very sassy adult man. Upon losing her job, Puppycat teleports the both of them to “Temp Space” an endless void where the helpful Tempbot gives the pair Temp jobs. The YouTube series balances the wacky antics of the jobs with the true heart of the story, Bee’s past and her friendship with the awkward and clumsy Deckard. While there’s a hint at a love story, it’s never fully realized in the YouTube version. Instead season 1 is used to bridge the gap between the original concept, and the show Natasha wanted to create.

I found the series when I was at my lowest, some set of months deep into a seemingly never ending quarantine. The short season quickly became my favorite TV show ever, and I’ve watched a lot of TV. I became obsessed, changed all my backgrounds to pictures of Bee and Puppycat, and got as many people to watch and rewatch that one-hour season as I could. Something about her fluffy brown hair or her quirky clumsy self resonated with me. Then the waiting started. See, season one was a massive success, but it was also fully crowdfunded. That lack of security, especially in animation, just isn’t feasible in the long term. The first season ends with plenty of cliffhangers and storylines to further explore, but fans really didn’t know when that would happen. For years people sat in limbo. There were rumors season 2 had been fully animated, that another production company had bought them out, but nothing was concrete.

That is until Netflix announced towards the end of 2020 that they had officially bought the rights to “Bee and Puppycat”, with the assumption that the two seasons’ official release would at some point follow. This was huge news for hardcore fans, especially those who had been following the journey since 2013. However, this wasn’t a silver bullet. Netflix is notorious for dropping shows after just a season, so fans were worried that while Netflix would bring in the funding and a stable amount of viewers, once they finally did get their hands on a second season, “Bee and Puppycat” would be dropped like so many before. And while the juries are still out on that, on September 6, 2022, Netflix officially released seasons one and two of “Bee and Puppycat” in a combined season for a total of 16 episodes, averaging 30 minutes each. In other words, there was a lot more for fans to sink their teeth into, and boy did my teeth sink.

I started watching the season the minute it dropped and much to my relief, I still loved it. The full show held the same quirks, humor, writing, and characters I’d come to adore. The animation had literally outdone itself. What I thought couldn’t get more aesthetically pleasing somehow managed to surpass all expectations. Each scene is absolutely gorgeous, dripping with vivid colors and saturated tones. The full series built on what the original season had set out to do. Being 16 episodes long, meant that fans finally got answers to all those questions plaguing their conspiracy theories. Diving deeper into the story and getting to live in the quirky but comforting world of “Bee and Puppycat”, but the Netflix version isn’t without its faults.

For starters, despite its cute appearance, “Bee and Puppycat” is a lore heavy show. Meaning, everything from who Bee and Puppycat really are, to what the island that they live on is, even to who their landlord is, is a mystery that plays a bigger role in the overall story. The YouTube series was able to balance the silliness of the jobs with the drama that came with unveiling these truths. However, the Netflix version tends to only delve into the mysteries in a small amount of episodes. This is a problem because instead of unraveling this world bit by bit, the audience will run into a series of episodes that are fun to watch, but feel like they’re wasting time. You can watch whole hours of content without any bigger plot points ever being addressed. This, thankfully, does little to quell the overall charm of the show.

The bigger issue comes in the first 3 episodes of Netflix’s “Bee and Puppycat”. The Netflix season tries to summarize the original first season, along with the original 10-minute pilot episode, in just 3 episodes. This, on its own, isn’t much of an issue. After all, season 1 was only an hour long, so it shouldn’t have been a problem to replicate the style and beats of the original in Netflix’s hour-and-a-half attempt. The real problem is how Netflix choose to tackle “Bee and Puppycat’s” origin and initial season. See, even though Natasha is credited as the creator of both the YouTube and Netflix version, the team of writers surrounding the project changed. While the new writers replicate the feel and humor of the YouTube version very well, they change almost every word fans fell in love with. Rather than replicate the first season, with the same jokes and big moments fans had grown accustomed to, the writers chose to rewrite and remove almost every joke and dialogue choice that initially existed. For the most part, plot points are the same, Bee meets Puppycat in the same way, discovers Puppycat is a magical being with lots of secrets, has the same quirky set of friends, and runs into the same situations up until the dramatic would-be finale at episode 3. But, because the jokes and dialogue are rewritten, the scenes feel hollow, like cheap imitations.

I’ll give you an example. In each of those original 10 episodes “Bee and Puppycat” followed a very simple formula. The duo would get a silly job, be transported to some planet for a few minutes, it would show the zany antics that occurred as they did the job, and end with them safely at home, with a little bit of money afterwards. Because these episode focused primarily on the jobs, with the bulk of the lore and story building being done before or after them, most of the bits and jokes happen during the job. The original series garnered a huge fanbase that would quote and praise those exact moments. The second episode of the Netflix version attempts to address nearly everything that happens in the hour-long original season; most of the jobs, and therefore most of the biggest story beats and moments of humor. Rather than recreate the moments fans had grown to love, the Netflix version literally skips over, and rewrites, them. The episode shows those same jobs being done in a short seconds-long montage. Removing most of the heart and humor of those original episodes. What they did address ends up being less endearing, because fans who know the original know what their missing out on, and new fans don’t get nearly as much bang for their buck.

These differences seperate the first three episodes of the Netflix version from the rest of the season, because past those three episodes, “Bee and Puppycat” is great. The episodes are hilarious and heartfelt. With nothing for fans to compare the script too, their are able to fully enjoy the new jokes and hijinks. Fans finally get answers to questions that have plagued them for years, and the world is expanded upon in such a way where you want to learn more. It’s engaging, interesting, and beautiful. “Bee and Puppycat” allows itself to be a comforting, wholesome, sweet show that explores a world where despite the otherworldly nature of the show, Bee tends to do such mundane things as watch cooking shows or take naps on her couch with her “pet”. What more could you want?

Now with the full version of the show out, I can safely say I still love “Bee and Puppycat”. I sincerely hope it gets greenlit for a second season. The official Netflix version has left fans with new questions, and quite literally a new world to explore. I’m hopeful that, if given the chance, a second official season of “Bee and Puppycat” could be even bigger and better than before. Afterall, there’s a reason fans stuck around for upwards of 9 years. “Bee and Puppycat” is an otherworldly delight. It has a clear aesthetic, identity, and hopefully a clear goal. Though that can only be determined in the next season, but you can watch this one on Netflix right now! And I highly recommend that you do so.