How ‘Marcel The Shell With Shoes On’ Won Me Over: A Review 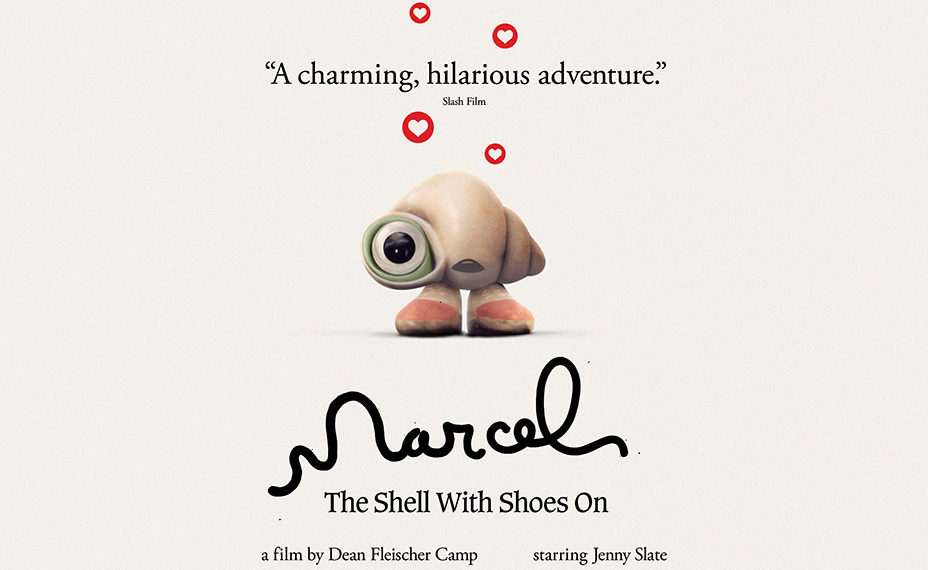 Last week I was invited to watch an early screening of Marcel The Shell With Shoes On, a full-length movie based on a character that was popularized over ten years ago. If I’m honest with you, I had my reservations. While I knew of the YouTube videos that inspired the movie, I was worried that the humor and pacing of a 3-minute short wouldn’t translate well to the big screen. Boy was I wrong. Within the first few minutes, I felt my worries melt away as I was fully immersed in the fast-paced, hilarious and heartfelt world of Marcel The Shell. To say I was shocked by the level of emotional intelligence held by this quarter-sized mollusk would be an understatement. The movie’s overall themes of love, loss, and finding your own purpose were explored beautifully. It quite literally had me, and a bulk of the audience, crying and laughing in the same breath. Without giving too much away, I’d love to tell you just how this movie won me over and became my favorite movie of 2022 so far.

Firstly, this movie is funny. Hilarious even. I was nervous that as comedic as the YouTube shorts were, their sense of humor could get a little stagnant. I was pleasantly surprised to discover that while they kept the heart of what made those shorts funny, they also refined them. They expanded on the jokes, so that it never felt monotonous or obvious. You never knew what the punch line was going to be, but it when it happened you couldn’t help but burst out laughing. Despite being hilarious, this movie was still incredibly heartfelt and thought-provoking. It’s as if the funnier things were, the darker the themes this movie was tackling became.

While this movie could be branded just for kids, I cannot stress enough how relevant it is to people of all ages. Yes, the setup of a tiny talking shell being interviewed by a deadpan adult is hilarious in nature, but there’s so much more to it. Seeing how Marcel lives his life really makes you feel small. It’s a reminder that no matter how big your problems feel, the world is infinitely bigger. While that can be an isolating feeling, as at points it is for Marcel, there’s also something unifying in knowing there are other people experiencing what you’re experiencing whether that be love, or taking your pet lint for a walk. This movie never talks down to the audience or explains how to process and move on from the heavy emotions it explores. If anything, it just allows Marcel to feel how he feels and gives him the space to be happy and sad. It reminded me a lot of a Pixar flick, and while there are morals, they don’t try to spell them out for you.

Marcel The Shell is written, produced, directed by, and even starring a now-divorced couple. Which makes the way this movie explores themes of love extremely unique. Jenny Slate and Dean Fleischer-Camp created the character, and the now-viral YouTube videos, as they were dating. They got married and even got divorced as they were working on the movie. I knew this fact going into it, but initially, I didn’t think it would have much bearing on the overall story. While on the surface, that is true, as the movie tends to focus on familial love, especially that between Marcel and his grandma Connie, these lived experiences really manifest in the backdrop of the film.

In the movie, Dean plays a documentarian of the same name, deadset on capturing the silly world of Marcel. As the film goes on you find out Dean is only renting the house because he’s separating from his wife. Throughout the film, Dean’s motivation to tell Marcel’s story really seems like a way of shifting focus from his turbulent life, to something he can control. In an interview with CBS promoting the film, Dean called the character, “a version of myself that doesn’t exist anymore.” Given the timing, when this was being written, it’s safe to say Dean’s former wife is a version of Jenny Slate. Dean never speaks negatively about his wife, and the only time she’s really mentioned is when he’s telling Marcel she was amazing, and things just didn’t work out. Though not romantic, he clearly still has a love for her, which is something you’d obviously need to have the working relationship Jenny and Dean still have. Moreover, by the end of the movie Dean finds a place of his own. Which, given how long this film was in development, might be a current representation of where the couple stands now.

While this movie does tackle heavier topics, the actual tone is never somber. It’s honestly hilarious, and if anything the dark themes really highlight the brighter moments. It’s sarcastic, dry, and at times so silly it’ll have you rolling on the floor. The best part is that the writers put so much thought and time into this film. Jenny and Dean have cited they worked over seven years on this film, meaning they had plenty of time for rewrites, and it shows. The movie just works. It’s fast-paced, it doesn’t leave you bored, and there’s always another joke or sweet moment right around the corner. It truly does have something for everyone, and I was totally sold by the end of the ride. So much so that for my birthday I am literally taking my mom to see it again. I walked out of that theater with tears in my eyes, and a little Marcel sticker packet in my hand, so excited to tell you just how good it was. 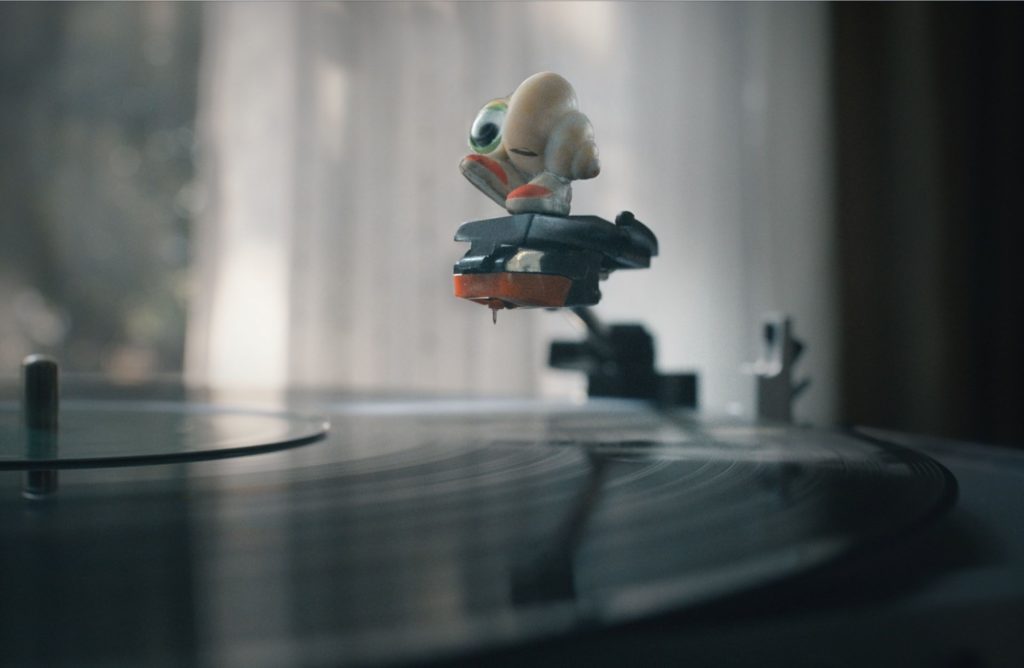 Marcel The Shell With Shoes On is currently out in select theaters, and hits theaters everywhere on July 15th!