My Journey with Mental Illness as a Latina 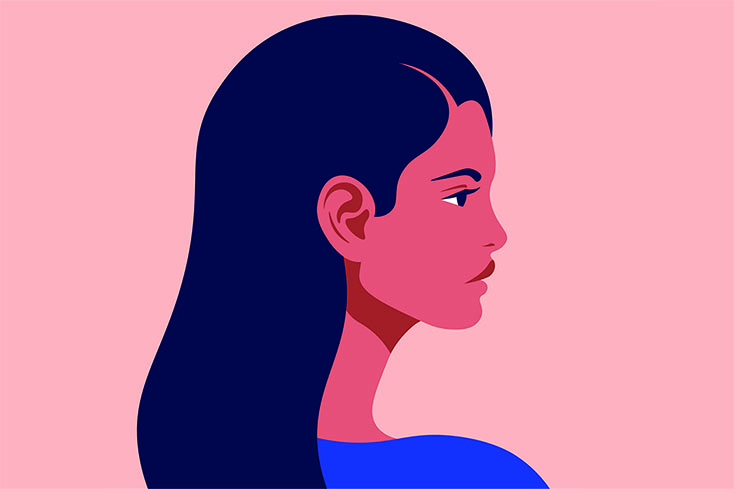 NORTH CAROLINA—I was sitting in Mrs. Lucas, my guidance counselor’s office, with my heart in my stomach. She spoke to my dad over the phone that she believed I needed to be evaluated for my safety. Raised in a Mexican household, mental health has always been a taboo topic. This is why when I, a bubbly 12-year-old, was becoming overbearingly depressed, my parents were not so quick to get me help. Not at first. It was not until they got a call from the middle school I attended that they became concerned.

And so, my dad picked me up and took me to Daymark Recovery Services, the designated crisis center. The car ride there was overwhelmingly quiet. I could hear the disappointment seeping from my father’s breath. After what felt like hours, we finally arrived, and as we were in the waiting room, I burst into tears. I sat there in silence while the feeling of having disappointed my parents was creeping up on me. Leaving my dad in the waiting room, a woman came and led me to a room where she explained the long, tedious process that was about to begin.

She began to ask me all sorts of questions. Questions I would only half-answer because I knew my dad would review my answers. Questions like, “Have you ever self-harmed?” and “Have you ever thought about suicide?” The questions finally stopped, and they brought my dad into the room. The psychiatrist decided I was not an immediate threat to myself, and I would be released with a crisis plan. We did the paperwork, and as the psychiatrist went to print copies, my dad’s mouth opened to speak, the thought of which made me extremely anxious. He turned to me, and he said, “Things like this don’t happen in Mexico.”

I broke down. To hear those words uttered from the mouth of the man who was my hero. The man who would come home every day from his job and hold me while telling me I was the most valuable thing in the world. His words felt incriminating, as if to say it was American culture that had brought these painful feelings upon me. I could feel my heart shatter. I suddenly couldn’t stop crying. As I began hyperventilating, the crisis staff asked him to step out of the room and asked me one last time if I was OK to go home. I shook my head. My dad came back into the room, and the staff began to explain the new plan; I would be taken to the hospital while awaiting a bed at a psychiatric hospital.

That day was the first time I was hospitalized.

It has been four years since my first hospitalization, and since then, I have been better. My relationship with my parents has been better. Having gone through a time of needing my parents’ support and not receiving it, it took a while to understand their perspective. I felt many different things towards my parents, the main feeling being anger. For a long time, I was angry. Angry they would make me feel bad for getting help. Angry for telling me that they had better things to do than to wait in the hospital with me. It took me a long time to realize that they were not disappointed. They were just confused. My parents did not understand that just because you have a roof over your head and food in your stomach does not mean you cannot suffer.

It took me a while to understand they had some unresolved trauma themselves and that it was not up to me to fix them. My parents raised my siblings and me in the way they had been brought up. Meaning, at some point in their lives, they had probably endured the same pain as well.

The things I experienced in my childhood are why I have become an advocate for mental health in the Latinx community. According to Mental Health America, over 10 million people who identify as Latinx or Hispanic have reported mental illness in the past year. That is 10 million people who do not feel their best on any given day. It takes bravery to accept that your issues are important. It takes courage to see that you are not selfish and your anxiety is not ‘all in your head.’

If I had had resources or even a conversation with my parents, things would not have gotten as bad as they did. There are so many resources available now, with many being explicitly geared towards the Latinx community. For example, Latinx Therapy offers a wide variety of services to serve the Latinx community, such as a podcast, courses, workshops, and can put you in contact with a therapist. Another great example is The Focus On You, a blog written by Stefanie Flores, a licensed mental health therapist who talks about self-care and mental health.

While it may be proven difficult, taking the first step towards bettering yourself is one of the healthiest things a person can do. No two people will have the same journey, especially if you’re in the Latinx community, where there is often a lack of understanding of mental health. But through time, we can bridge this gap of misunderstanding. We must remember we are the future, and it isn’t how fast you get there; it’s that you get there when you’re ready.

Heidi Nunez is a Montgomery County Early College student pursuing an Associates in Science and her high school diploma. An advocate for mental health awareness and racial equality, Heidi hopes to highlight the struggles and stigma faced in the Latinx community. In her spare time, Heidi enjoys reading and playing in her school marching band.