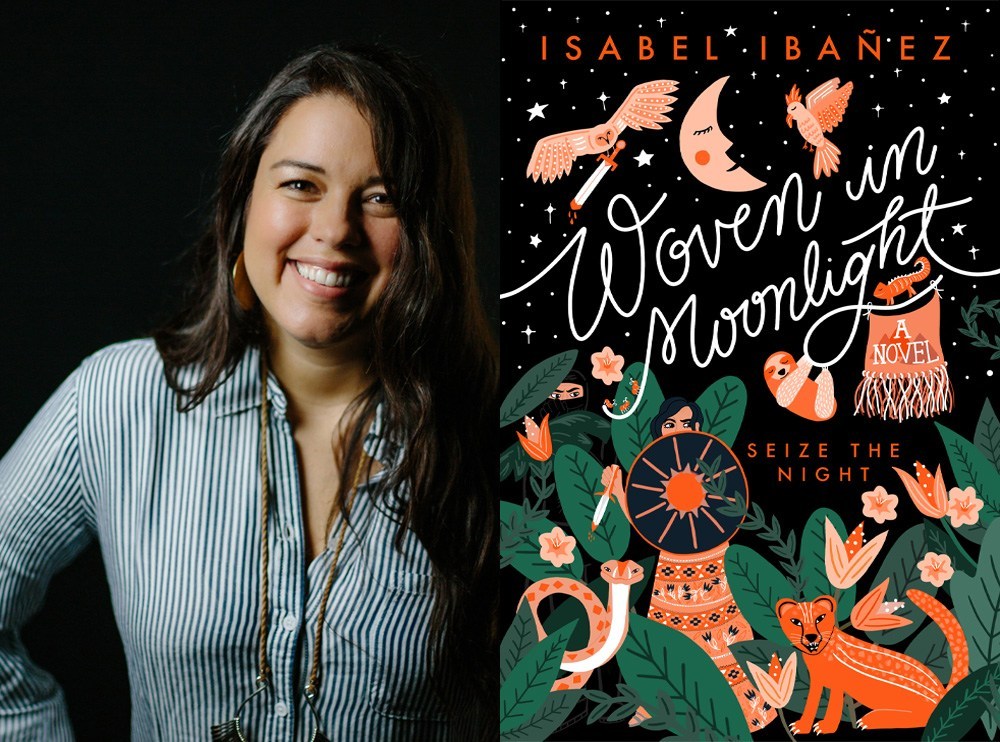 Photo by The Nerd Daily

AUSTIN, Tx.—In Isabel Ibañez’s debut novel, “Woven in Moonlight,” she weaves a magical story about friendship, romance, rebellion and finding yourself. She uses Bolivian history, politics and culture to create a lush backdrop for the world her characters live in. Ibañez uses her parents’ history in Bolivia to help her craft the tale. It is easy to see Ibañez’s love and connection to her Latin American roots.

Ximena is the decoy condesa, a stand-in for the last Illustrian royal. Ximena and her fellow people lost everything when the usurper, Atoc and his people, the Llacsans, used an ancient relic to drive the Illustrians from La Ciudad. Now Atoc demands the condesa’s hand in marriage, and it is Ximena’s job to go in her stead. Before the wedding, Ximena must also try to discover the ancient relic to destroy Atoc and his followers, and restore the rightful Illustrain ruler to the throne. As she hunts for the relic, using her ability to weave moonlight into tapestries to send messages to the real condesa, she finds herself trapped between her duties to the condesa and what is truly right for the country of Inkasisa. With the charming, roguish El Lobo following her nightly escapades around the palace, and Atoc’s own sister plotting to overthrow him, Ximena finds herself more and more confused. The question is, can Ximena find the courage to do what is right and finally be herself, or will she do what she has always done?

Ximena is a force to be reckoned with throughout the story; feisty and quick to anger, she truly comes to life with every page. It is easy to understand her growing confusion with Atoc’s court. After all, she spent most of her life by the condesa’s side, helping to prepare the condesa to rule Inkasisa one day. However, with little to no life experience of her own, her personal journey from mere decoy to pivotal player for La Revolución is not a surprise.

In a 2020 Megan Write Now interview with Ibañez, she said while she zeroed in on Bolivia’s current political climate, the reader only needs to look at the devastation and collapse of Venezuela to see what Ximena is up against.

“Ximena faces an antagonist not unlike the many dictators who have dominated South American countries,” she said in the interview with Megan Write Now. “I wanted to explore this gray area of morality, where grace and redemption can sometimes be found. Ximena straddles that gray area, living in the in-between, and her journey challenges so many of the ideas she’d been raised on.

With Bolivian culture coming to life with each turn of the page, Ibañez told Megan LaCroix that the use of magic was integral to use due to its relevance in the country’s culture, tradition and religion.

“When I sat down to write Woven in Moonlight, I expected to write a rather straightforward love story, but instead, Bolivia’s grim history and the current politics found its way onto the pages,” Ibañez said in an interview with LaCroix. “I wanted to create a system that felt true to the world, one deeply rooted in the elements most admired in the country.”

Ibañez is a strong, passionate writer. I enjoyed exploring this new world and culture. This was a book I could not help but devour. It was fast-paced, exciting and wholly unique. Ibañez’s next book, “Written in Starlight,” is slated to come out in 2021, and is a companion novel to “Woven in Moonlight.” With how incredible her debut was, I can honestly say I am thrilled to see what Ibañez does next.