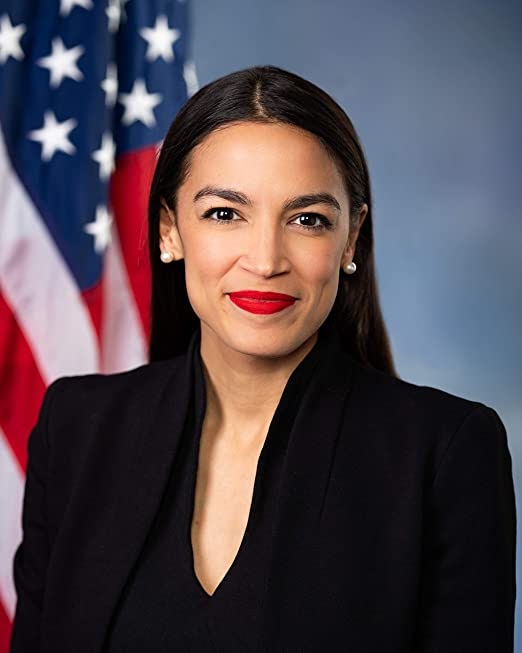 AUSTIN, Texas —Alexandria Ocasio-Cortez, also known as AOC, has quickly become one of our favorites in the U.S. House of Representatives! Born and raised in the Bronx, she is part of New York’s 14th Congressional District, overseeing the Eastern parts of the Bronx and North Central Queens.

At just 29-years-old, she is the youngest woman to serve in the United States Congress. Ocasio-Cortez is not only known for her great achievements, but also for her knowledge and use of social media. She uses social media as a way to advocate her progressive platform, specifically, her Twitter which reaches over six million followers.

After the 2016 U.S. presidential election, her brother nominated her for Justice Democrats‘ backing as a progressive candidate, and she received a call from a political action committee called Brand New Congress. She was quickly endorsed by big progressive and civil rights organizations like MoveOn, Black Lives Matter and Democracy for America.

During the 2018 Democratic Primary elections in New York’s 14th congressional district, she won the general election with 78% of the total votes, according to the New York Times. Coming from The Bronx, to receiving her bachelor’s from Boston University in international relations and economics, she proves anything is possible if you set your mind to it!

We love her sassy and intelligent Twitter comebacks, and urge you to follow the queen herself! Below are some of our favorite Tweets:

Prior to running for congress in 2018, Ocasio-Cortez was a waitress and bartender, without medicare. She continuously advocates medicare for all, a program that could give every American access to an adequate healthcare system. 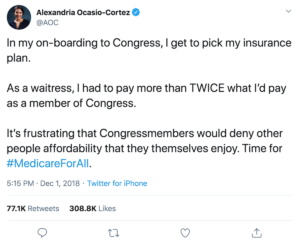 Here, Ocasio-Cortez calls out the misogynist ideology and bad intentions when refusing to have a debate with Ben Shapiro. Shapiro, an American conservative political commentator, wanted trouble and tried to buy her into a debate! You go girl, no cat calls will be answered out here! 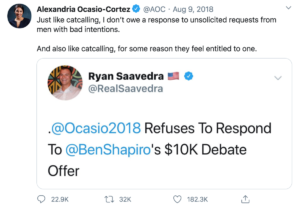 We love when Ocasio-Cortez defends her stance as a congresswoman. Often faced with backlash because of her progressive views, she always places pride in being una poderosa mujer [a powerful woman] of the U.S. House of Representatives.

Besides being a powerful woman, Ocasio-Cortez is also a hard worker. She was knocking doors throughout her campaign and resulted in winning the district votes with 15,897 votes in her favor —beating her opponent Joseph Crowley by 4,226 votes!

According to the New York Times, the last time Crowley even had a primary challenger was in 2004, Ocasio-Cortez was not old enough to vote. We look up to her work ethic! #RespectTheHustle 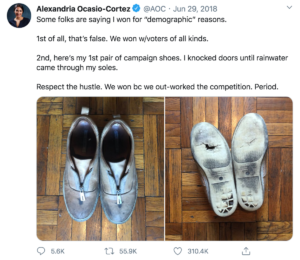 Ocasio-Cortez’s story can inspire us all to dream big. After graduating college, she worked as a waitress and activist to help relieve her mother’s financial stress, which prevented their home from going into foreclosure. She worked on Bernie Sanders U.S. presidential campaign in 2016, which inspired her to run as well. We’re never too young or too old to pursue our dreams.

Her tweets are just a few of the reasons we love Ocasio-Cortez. She is currently working to help relieve her citizens’ stress due to the coronavirus pandemic in the U.S., as the community she represents is being hit hard. She is fighting for the equal treatment of patients everyday and for the necessary equipment hospitals need to treat those affected.

She is a woman we should all look up to, a great role model for chicas everywhere. I love how she keeps her stance in everything and how powerful her words are, full of empathy for every community. America needs more leaders like her, let’s push ourselves to make our voices heard. Just like AOC, classy, a little sassy and hard working is a perfect mixture for girls everywhere.