Laura I. Gomez: The CEO Who Defied All Odds 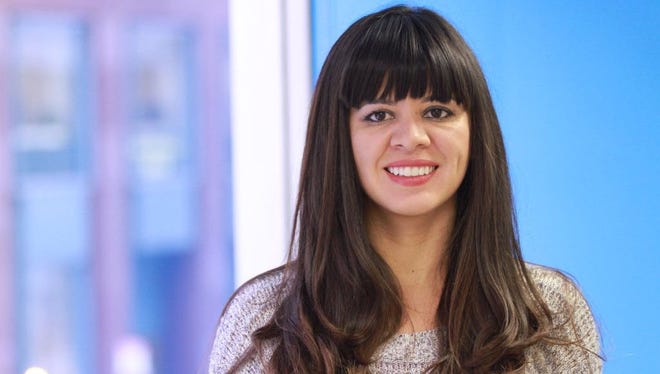 MCALLEN, Tx.—Two years ago, a video of a man threatening two Spanish-speaking women went viral on the internet. I was 14-years-old, sitting in shock, as I watched the scene play out on my phone. In a political climate full of hatred and intolerance, I was made to feel my Hispanic heritage and immigration to America was a crime instead of a milestone. Had I known of Laura I. Gomez, Founder and CEO of Atipica (2015-2020), a company who sought to create a bias-free hiring process with the use of AI, perhaps I would have thought differently.

Gomez immigrated to the United States at 8-years-old, settling in Silicon Valley. She was an undocumented immigrant until she was 17-years-old, when she attained her work permit and got an internship at Hewlett Packard. At her internship, Gomez felt like an outcast. According to a 2019 interview conducted by Code Trip, Gomez claimed no one at her internship looked like her, making her want to stray away from tech.

“I stood out because I was a woman and a minority”, said Gomez in the interview. “I was determined to not let the industry make me into a victim. I decided that I’d work in tech, whether the industry embraced me or not.”

Living in an era where people of Hispanic heritage are repeatedly discriminated against, I used to feel practicing my culture was something I should be ashamed of. However, Gomez chose to stand strong and tall, even while being an outcast in the tech industry, inspiring me to persevere through whatever life presented me with, regardless of what other people choose to label me as.

However, Gomez’ experiences with a lack of diversity and representation in the workplace led her to create her own startup, Atipica, in 2015. According to CNN Tech, Gomez raised 2 million dollars for the recruiting software startup, the largest seed round raised by a Latina founder in Silicon Valley.

In a 2018 interview with Alchemist Accelerator, Gomez revealed through Atipica, she hoped to supply clients and investors with “AI in HR in a more thoughtful and inclusive lens, powered by data and machine learning in the workforce.” Gomez goes on to state the significance of diversity-driven businesses like Atipica, stating that “the challenge is getting people to not just thinking it’s a social impact and diversity solution, but rather that it’s a business intelligence technology that’s helping businesses adapt to what the workforce looks like now and what the workforce will look like in five or 10 years.”

With a businesses like Atipica, companies will be able to hire the employees best fit for the job in an unbiased manner. This way, many minorities, including members of the Latinx community, will be treated fairly and will not be looked down upon on the basis of their heritage.

After many groundbreaking achievements Gomez has earned throughout her lifetime, Gomez simply defines success as having “a proud legacy to leave behind”, according to an interview by Alchemist Accelerator.

“No matter what happens, I have met amazing people who really believe in me and my mission,” Gomez states. “At the end of the day I’ve done great work and built something I really believe in and am proud of. I have two nieces and if they ever read about me and what I’ve done, I know they’ll be proud.”

In a world where Hispanic heritage and unofficial immigration status is often looked down upon, Latinas like Gomez show that with enough drive and determination, anything is possible.

This story was updated Nov. 17 due to a correction. The original story reported on Atipica in the present tense, however, the company closed in March 2020.