“Mexican Gothic” – Colonialism at its Creepiest 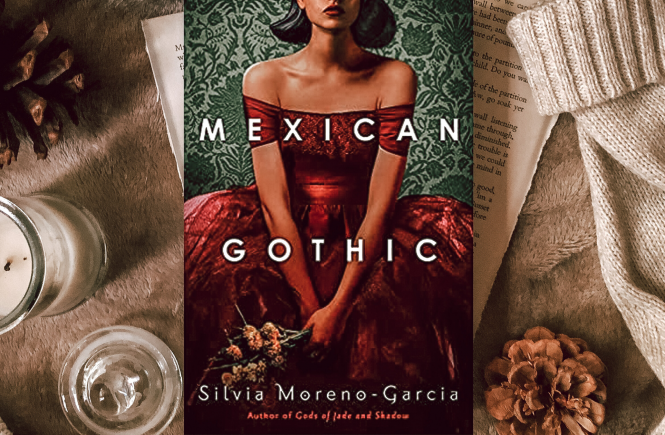 AUSTIN, Tx. — Do you like creepy stories? An intensity that builds like a slow heat? All with a nod to dark histories in Mexico’s interior? “Mexican Gothic” reads like cinema, as in, I cannot wait until this story becomes a movie! On the cover of “Mexican Gothic,” we see a beautiful, brown-skinned woman in a formal dress. It hints of a quinceañera or a young woman’s coming of age story. Though “Mexican Gothic” is anything but —it is as old a story of Mexico itself— of indigenous Mexico versus murderous colonizers —this time with black magic!

Even though the story is set in the 1950s in Mexican high-society, the main character Noemi Taboada feels more like a young woman of today. According to her parents, she’s supposed to be thinking about finding a husband, but she’s more interested in travel, adventure, and getting a Ph.D., frustrating them instead.

At the same time, her family relies on this ferocity and independence and sends her to check on a cousin, Catalina, who has married into a wealthy mining family far from cosmopolitan Mexico City. Cousin Catalina has written home an odd letter with an unusual message. By herself, Noemi travels by train to the far stretches of the Mexican interior to get to the bottom of her cousin’s letter. Catalina has married Virgil Doyle, mining heir and son creepy-to-the-max patriarch Howard Doyle, a decrepit haunting presence in the house. Upon arriving, Noemi is told Catalina is not well. There’s a curandera, a healer, who brings treatments to Catalina for her unexplained sickness. While Noemi finds friendship with Francis, Howard Doyle’s grandson, she finds his allegiance to his creepy and condescending relatives baffling.

Everyone is acting weird towards Noemi with strict rules about seeing Catalina, dinner times, and how far and when she is allowed to travel outside her room.  The whole house has an atmosphere of doom and dread. And everyone who lives there seems affected by it, and Noemi begins to fall prey to the house’s dark presence and past. It’s as if the house is predatorial, as are its inhabitants. Catalina’s husband Virgil lurks. And though he seems frail and ancient, the old man Howard Doyle appears to hold all the power.

I couldn’t put “Mexican Gothic” down. Living through Noemi, trying to figure out what the house’s creepy spell is while learning its dark tales and history, concluding in a heart-pounding climax!  Mexican Gothic delivers on good ole, hair on your neck standing up story-telling. But it also reads like historical fiction when it hints at the absolute brutality of American industrialists who came to Mexico and took what they wanted, whether that was oil, gems, and in this case, silver, in the most brutal, bloody ways possible.

Featured Image by The Little Mouse That Reads.