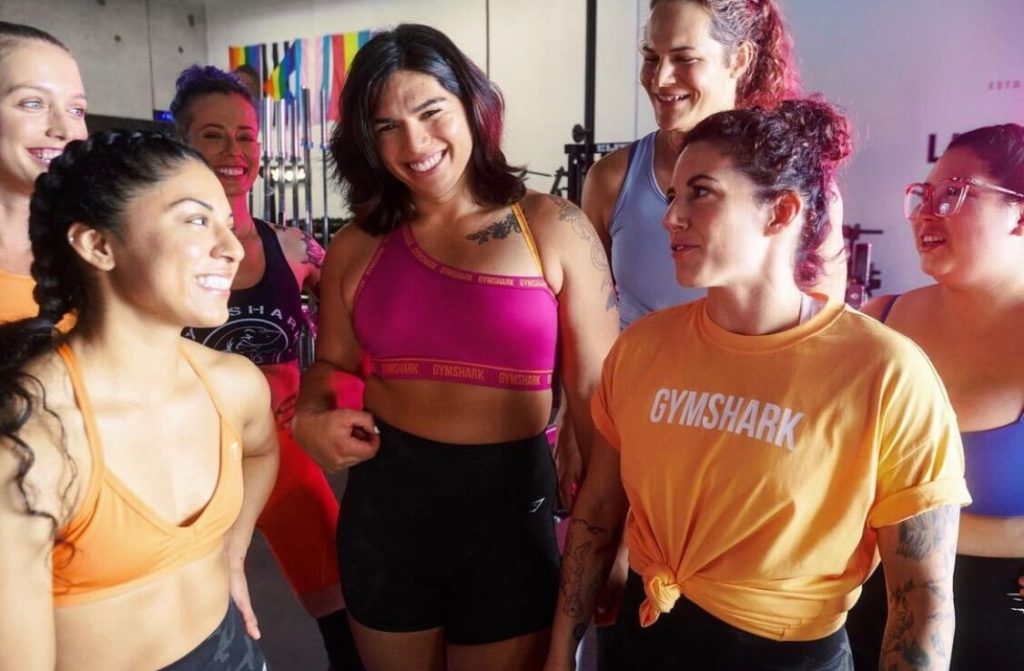 Like many back in 2018, I tuned in to the first season of the rebooted Queer Eye and was immediately hooked. I fell in love with the feel-good energy that surrounded the Fab Five. When I heard about them filming a season that was taking place solely in Austin, I couldn’t wait. Fortunately, I didn’t have to wait long, and on New Year’s Day season 6 of Queer Eye was released. Episode 2 of Season 6 featured none other than Angel Joy Flores, a trans woman and record-breaking athlete who needed some help bringing the confidence she had in the gym out into the real world. The episode was raw and gave insight into what it means to be a trans woman today. In honor of pride month, I sat down with Angel to go into more depth about her story, and her advice for other LGBTQ+ youths.

I asked Angel what advice she has for people who are considering coming out, and what she said really surprised me, “If you’re coming out now, I think the challenge is not to give away so much of yourself.” For context, there are a few times a year, Pride Month, National Coming Out Day, *insert your identity* Visibility Day, where people might feel pressured to come out. There can be this rush to join the community and immediately become an advocate. However all of that takes time internally, it isn’t just discovering your identity, it’s also giving yourself the space to process it within your own time, “I think that if we took the time to take a breath and say no I’m going to invite people in one by one, I’m going to come and slowly bring together my support system. It’s just going to be overall a much smoother experience, especially if you’re trans, especially if there’s like all these thoughts in your head and you’re just you can’t figure out what to think and you’re confused. Being confused is okay, don’t get it twisted. But take it slow, Don’t rush to come out.” 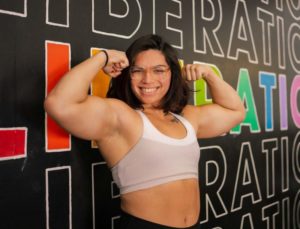 I asked Angel what she wished she knew before transitioning, and what she wants other trans people to know, “The biggest thing I can say that I wish I knew and that I would give to any trans person. Don’t jump into it…Take little tiny steps because you’re gonna need time, especially if you’re going to transition hormonally.” Coming out, and being a member of the LGBTQ+ community when you previously weren’t is already an adjustment. Discovering your gender identity, and then depending on your journey potentially taking hormones or having surgeries is an even bigger adjustment. Not just for those around you but also and especially for yourself. How you look changes, and you may want it to change. You may want to be the person you see in your head, but you may look in the mirror and see someone else. Angel’s advice is to be patient with yourself, “I remember before transition, I had a day where I did like a full face of makeup, tried dressing up and I looked in the mirror and I looked nothing like I wanted to look because I hadn’t even started my journey yet. Right? And I freaked out. I had a massive [panic] attack and I realized that I needed to take a breath. Say, you know what? Eyeliner is good to start. And slowly build it from there. The changes catch up with you and eventually, you’re going to walk into the bathroom one morning, look in the mirror and say holy shit, Who the hell is this? You’re gonna look in the mirror and say, oh my God, this is exactly how I wanted to look. This is exactly who I needed to be because it’s not just cosmetic, it’s internal.”

Growing up, I saw my trans friends struggle with not feeling comfortable with how they look, or confident in the spaces they navigate. Given that Angel is also an athlete, I wanted to ask her what advice she’d give to trans people on how to feel less dysphoric at the gym. Her advice was to “do the most”, and after a few confused looks Angel explained what she meant, “So like if you are trans masc, if you’re on testosterone, like for the first year, put the big t-shirt on, put the pump cover on and go to the gym every single damn day and hit it hard every single damn day. In a year, you’re gonna take the shirt off and you’re gonna be like, holy shit look at me right?” For those transitioning to look more feminine, Angel’s advice was to have patience, “For people on E. It’s taking it slow, it’s working on things that you didn’t expect to, it’s doing the most in terms of trying to find the most affirming thing for you. Because ultimately throughout the entire process you’re gonna feel weak and weaker and weaker and weaker and weaker and weaker.”

Angel was candid about the surprising effects going on Estrogen gave her. If you’re on testosterone, you’re going to feel stronger. As an athlete starting from this strong place, Angel saw everything she worked on slowly decay, and it really affected her, “I saw all my numbers dropped 20-30% in that first year. Everything just plummeted and I’ve only gotten back to a point where I feel comfortable enough to say that I could be a national competitor. Now, looking back, I got frustrated, I lost motivation because I was expecting improvement every single day. It is so disheartening to watch that drop, but ultimately, if you are transformed, if you’re on E you need to just take a breath, relax, it’s gonna come back up at some point, go eat, and go squat and go do things that are going to feel affirming for you.”

Talking to Angel was an absolute delight. As soon as we sat down it was obvious to me why she was chosen to appear on Queer Eye, and why I was so drawn to her from one episode. Angel has this light and joy about her, which she pairs with an incredibly infectious laugh. More than that, she is exactly who I want to champion in this community. She is so well-spoken and holds so much knowledge about the LGBTQ+ community. The advice she gives comes from her own struggles and lived experience. You can listen to our full conversation on our podcast, Unrepresented, available on all streaming platforms right now.