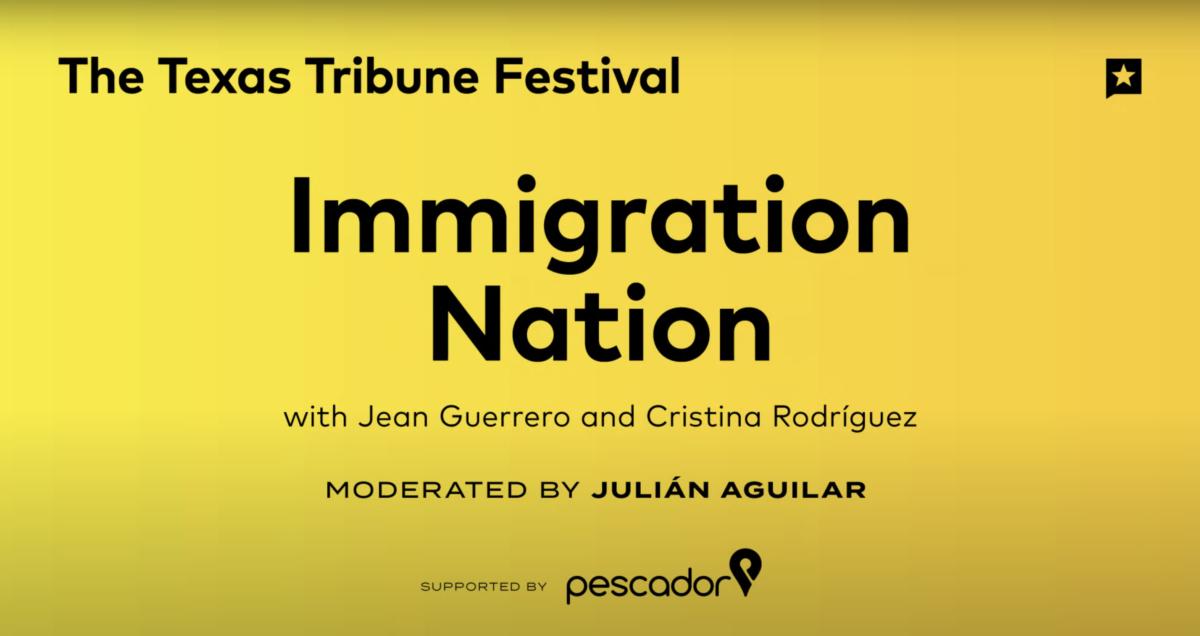 AUSTIN, Tx—At this year’s Texas Tribune Festival, investigative reporter Jean Guerrero and law professor Cristina Rodríguez discussed the current and controversial immigration policies of the Trump administration, policies which have affected thousands of members of the Latinx community including the attempt to end Deferred Action for Childhood Arrivals (DACA). Including what seems to be an abuse of power and a white nationalist motive by the presidential administration, according to Guerrero and Rodríguez.

The Texas Tribune festival is an annual festival where the biggest names in policy, news, and media gather to discuss current social or political issues. This year, Guerrero and Rodríguez were panelists for “Immigration Nation” which was hosted virtually on September 9.

Rodríguez explained that while critics may be quick to blame issues with immigration laws on President Trump, the issue lies deeper.

Guerrero said the flaws with America’s immigration system are not completely at the fault of President Trump, but rather shared with Senior Advisor Steven Miller, the architect behind the Trump administration’s immigration laws.

“Steven Miller has been extremely skilled at exploiting this gray area that exists,” Guerrero said. “Almost everyone is being turned away at the U.S. and Mexico border even when they fear persecution in their home countries. Steven Miller is repeatedly finding ways to exploit the bureaucracy and these gray areas to ram through what turns out to be a white nationalist agenda.”

Guerrero goes on to state both Trump and Miller should be viewed as a duo who are both “equally responsible for their actions.”

According to Rodríguez, the specific faults within the nation’s immigration system is “structured around an enforcement dynamic, where we have a large pool of deportable non-citizens and a massive security state available for a president who wants to not just deport large numbers of people but to enforce fear in those communities.”

Rodríguez said she believes solving the defects in the nation’s immigration system does not lie with the courts, but is the responsibility of Congress, the president and the political system itself.

“The structure of immigration law enables abuses of power,” Rodriguez said. “It’s a problem that will require not just pulling back authority but reform of the system as a whole.”