4 Countries in Latin America That Are Doing Sustainability Right 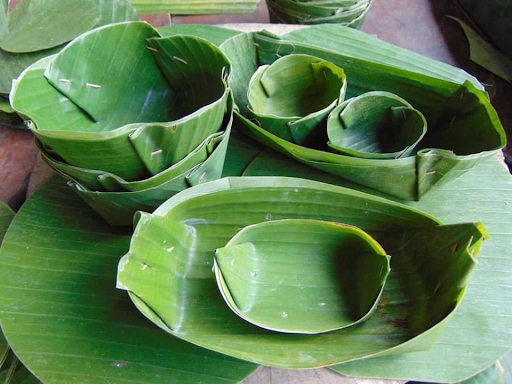 AUSTIN, Tx. —Reusable straws and greenwashing may have swept sustainability into the mainstream, but South America, the continent south of the equator, has had the eco-friendly movement down way before it was cool.

Regardless of the circles you run in, sustainability has become a buzzword consumers cannot seem to escape. The topic has not lost momentum amongst the average joe and tree-hugging hippy alike. With all the hype in recent years, one would think the movement started yesterday, when in all actuality sustainability has been a practice in certain cultures for decades if not centuries —Latin America is no exception.

Constituted by 20 different countries, Latin America’s has had a hand in sustainability efforts to varying degrees. Whether intentionally or intuitively, this continent has implemented strategies and ways of life that are not only beneficial to its people but the planet as well.

Alternative packaging may sound like a foreign concept to Americans, and that’s because it is. In a consumerist culture where seemingly unnecessary packaging is put on shelves of grocery store moguls like Whole Foods’ 2016 blunder in packaging peeled oranges in plastic, nature’s wrapping has been forgotten. So when Dole Food Company announced this year they would begin testing banana leaves as an alternative to all plastic packaging, mixed reactions ensued.

Though many have hailed the company for their commitment to zero waste, others are pointing out these eco-friendly practices have been common in indigenous communities outside of the U.S. In fact, when these indigenous communities and restaurants serve their food on banana leaves, it’s often seen as unclean and unsanitary (even though this practice has been in place for centuries). These practices are safe and even handy for dishes like bocadillo, made from guava paste and panela, which are wrapped in dried banana leaves.

2. Panama — Tableware and the Totuma

Panama has been in the public eye recently for putting themselves forth as trailblazers of environmentalism, serving as the first nation in Central America to ban single use plastic bags in 2019. Whether it’s implementing eco-friendly practices and policies for the Panama Canal, or tackling deforestation amidst a global pandemic, this tiny but mighty country has made sustainability a priority.

Not all of its efforts have been modeled after radical change, but instead born out of the campesino lifestyle, a way of life that relies on agriculture and simplicity. Most common in the interior, totumas are bowls made from the fruit of a Calabash tree, either left bare or decorated with beautiful designs. Once plucked from the tree, the fruit is then cut in half and scraped clean of its pulp, sanded, and left to dry in the sun. Because it’s contents are inedible, these totumas are a useful alternative to letting the entire fruit go to waste, and its bowls are said to have a shelf life of up to twenty or thirty years.

A study from the Society of Environmental Journalists found that styrofoam can take up 30% of the space in some landfills and the lifespan of styrofoam in a landfill is around 500 years. That’s not even including other waste like paper, plastics and glass. Statistics like these would turn the conscious consumer from single-use products, and that’s exactly what Bio Plant is trying to mitigate, a Peruvian group created in participation of the Bio Challenge competition for sustainable solutions.

Though these plates are technically meant for single-use, they’re made to be compostable, meaning that within two months of its use its natural degradation cycle will be complete. But that’s not the only upside to this product — project leader of Bio Plant, Josué Soto, stated in the study that team members collaborate with Peruvian Amazon workers, providing them technical training and fair pricing to help compensate for financial losses due to banana cultivation.

Scott Munguía, founder of 2014 startup Biofase, has found use for an otherwise inedible food scrap —avocado seeds. Though a seed’s decomposition rate takes up to 240 days, these eco-friendly straws do not require an incinerator. Though bioplastics are not necessarily a new concept, these straws do not take away from otherwise consumable crops like corn. And although there are questions as to the ethics of the States’ rapid avocado consumption —with the U.S. ranking at 364 million pounds of avocado production in 2018, triple its number from 2001— using these straws helps tackle the 300,000 tons of waste created by avocado pits, Munguía tells UN Environment Programme.

Sustainability has become a polarizing topic in the U.S., particularly in politics. Last November President Trump announced the U.S.’s formal exit from The Paris Climate Agreement. China’s waste ban has left the U.S.’s recycling program in disarray. Wildfires have engulfed the West Coast, burning over 2.3 million acres of land.

At the same time, just last year House Representative Alexandria Ocasio-Cortez and Senator Ed Markey authored their Green New Deal resolution. Countless protests across the nation, from Fire Drill Fridays to Fridays for Future, have encouraged many to march up to their Capitol steps and demand change.

Often people think sustainability has to be an innovative, ingenious solution but it doesn’t have to be. Communities all over Latin America have long practiced these principles of conservation in the simplest ways — and it’s time the U.S. takes notes.