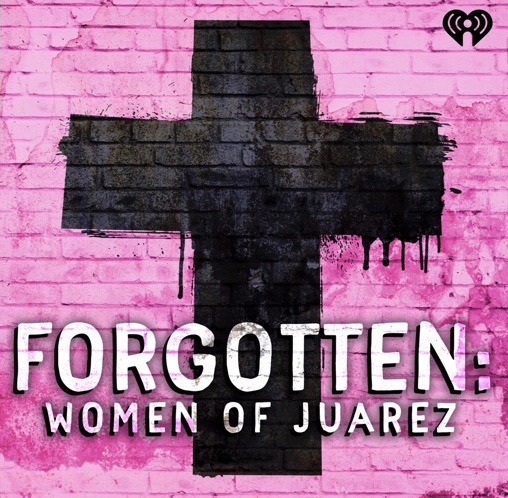 SAN ANTONIO, TX—When the first mass-grave of women’s bodies turned up in Ciudad, Juárez in the 1990s, a city that’s about a ten minute walk from El Paso, Texas, questions and rumors flurried about who was slaughtering women and why justice was nowhere to be found. From cults to cold-blooded killers to cartels and crooked cops, two journalists dive deep into finding answers to who’s responsible for the mysterious deaths of the women in Juárez in the new podcast “Forgotten: The Women of Juárez.”

The podcast creator Oz Woloshyn, a radio journalist, was fascinated with the duality of the U.S. and Mexico border and invited El Paso native Mónica Ortiz-Uribe, a border correspondent, on the journey to uncover and shed light on the murders of young women.

Since the first mass grave of women was discovered in Juárez in 1999 the violence against women has continued to skyrocket, coining the term femicidio or femicides, the killing of a womxn based on gender. According to Angelita Baeyens, an advocate and program director at Robert F. Kennedy Human Rights, from 1985 to 2014, there were 47,178 women killed in Mexico due to their gender. From January to July of 2019, there were 540 femicides, according to a 2018 RFK Human Rights report.

“Forgotten: The Women of Juárez” isn’t your typical ‘Whodunit’ true-crime podcast because it does not lead to one perpetrator nor a simple answer. The duo leads the audience through a story with many characters, perpetrators, and with a lot of twists and turns in order to find the truth.

Episode after episode, with the help of other reporters such as Diana Washington Valdez and Alfredo Corchado, who covered the femicides of Juárez, Ortiz-Uribe and Woloshyn not only investigate the story but contextualize it. Because of the team’s unique background —Ortiz-Uribe, a reporter with roots inside of Juárez and Woloshyn, a reporter from the outside looking in, they’re able to transport listeners to the scenes of the crimes.

The podcast is more than a crime story chasing leads. It’s a story about connecting the dots —the vulnerability of factory workers, the exploitation of migrants to the depths of gender-based violence. The hosts humanize women who were stripped of not only humanity but also dignity. From interviewing the mothers of the victims to the music choice and everything in between, Ortiz-Uribe and Woloshyn honor the women and tell the world who they were.

As someone who is just a bit older than the young women who were murdered, “Forgotten: The Women of Juárez” is heavy to listen to. It’s a heartbreaking journey listening to the stories of young women who suffered from a system which failed to protect them.

“It’s not ‘here are the bad guys, here are the good guys,’” Corchado said in the podcast to highlight how ingrained the corruption is within the Mexican police and government. “There were no good guys, everyone was involved.”

With the horrific murders taking place along the U.S. border, the podcast highlights violence against women is not just a Mexico issue, it’s a human issue. As the saying goes, “Ni una mas” or not one more —ni uno más será olvidado, not one more will be forgotten.

You can listen to “Forgotten: The Women of Juárez” on Apple Podcasts, iHeartRadio, Google Podcasts and Stitcher.