Un Día Sin Nosotras: Mexico Will Go A Day Without Women And We Need to Care 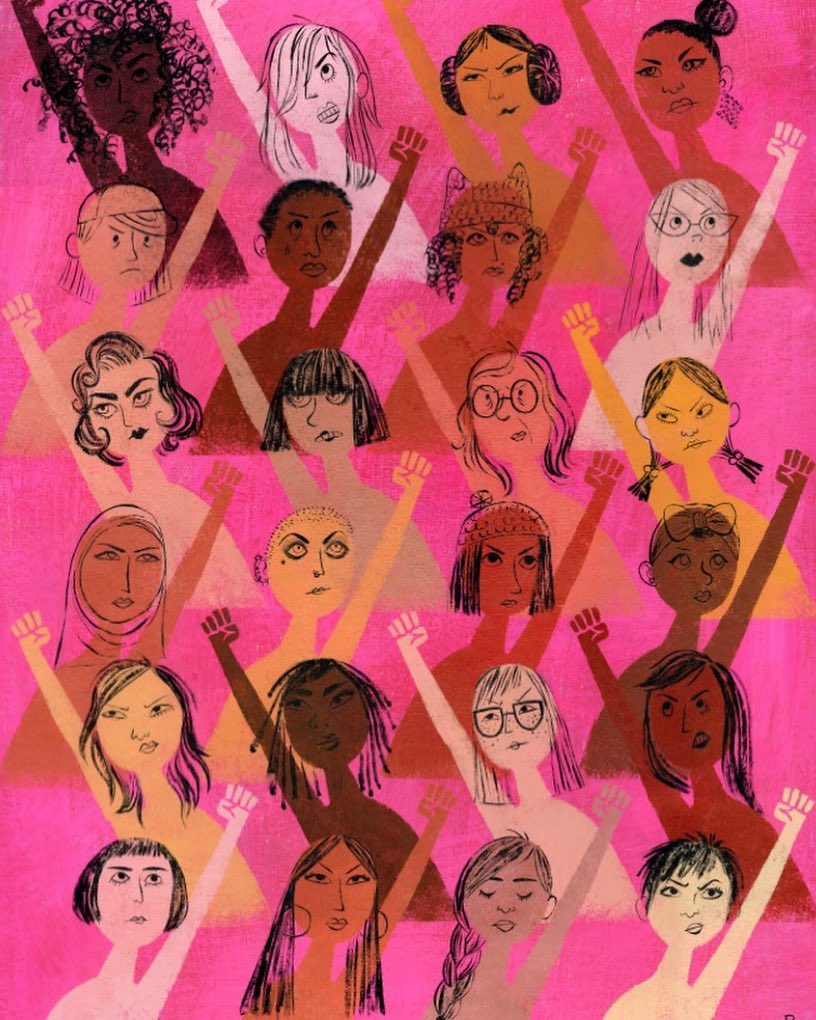 AUSTIN, Texas —The familiar cat call you hear as you’re walking down the street, minding your business. The unfairness in a Latinx household where a son is the favorite and it’s not because of his academic achievement of straight C’s. The unsaid rule where men can do what they please while women have to act, dress and speak a certain way to keep their pristine image. The idea that men have the right to dictate someone’s life on the sole fact of the person being a woman. This action and behavior is known as machismo and it’s far too common in the life of a Latina.

Machismo, otherwise known as toxic masculinity, is a strong and aggressive masculine pride that gives men the idea that they have power over women and anything. The word itself has become popular enough to be integrated into the English-speaking world. Merriam Webster has acknowledged the popularization of the word and included the term in the English dictionary.

As women, we all have a story which ties us to the topic of masculine pride; it is an unfortunate bond that brings us together. Men think they have power over women simply because their gender has always, historically been tied with power and dominance.

The effects of toxic masculinity can be seen through every culture and man. The male ego is a fragile thing, the need for power comes from the worry of their ego being threatened by an outsider. The stem of the problem lies with the term’s roots in Latinx culture. It occurs daily that we have become desensitized to the signs and consequences of machismo. Machismo is more than the need to be right and to dominate over a woman. There are life threatening consequences women suffer because of men’s pridefulness.

The worst can be seen right across the border. Mexico is currently in a social war, boycotting violence against women. The outrage was sparked by the death of a 25-year-old woman named Ingrid Escamilla followed by the death of a 7-year-old named Fatima. When authorities took too long to process and respond to the missing person’s report, police pushed Fatima’s disappearance to the side, which ultimately led to her death. Escamilla was brutally killed by her boyfriend, her body mutilated. If that wasn’t enough reason to be enraged, police then leaked photos of Escamilla’s body to be showcased by the media. Fatima and Ingrid died due to Mexico’s rising violence against women. The femicide rates keep rising as time passes and nothing has been done until now.

According to the Mexican department of security statistics, 10 women are killed everyday in Mexico. The close proximity of which Ingrid’s and Fatima’s death occurred caused outrage, ultimately leading citizens to push for an activism day called ‘Un Dia Sin Nosotras’ or ‘A Day Without Us.’ The day calls for women of Mexico to essentially disappear to emulate a world without women and all they provide. Companies are showing support by allowing women not to come into work to spread the message. The activism day will take place on March 9, a day after International Women’s Day on March 8. The contrast between International Women’s Day, where women will flood the streets in protest and Un Dia Sin Nosotras, where not a single woman is in sight, will speak volumes on machismo and its negative impact on the world.

Here in the U.S., the problem is in our backyard. Our mothers fall into the toxic cycle, our sisters are victims of gender roles and we help the agenda without trying. Crossing borders does not mean the problem goes away. The U.S. experienced over twice the rate of femicides per capita in 2015 than Argentina. In the United States that year, 3,519 women were murdered out of a total female population of 163.82 million. For Argentina, 235 women out of 3,519 were murdered.

The U.S. is as bad, if not worse, than other countries. They just do a “better” job at packaging it for the media. They present it as homicide, domestic violence and sexual assault. When it comes to the hot topic of mass shootings, some of the shooters admitted they were driven to commit the crime because they felt it was owed to them. In other words, it was because of male entitlement, or machismo. The United States is the leading country for mass shootings in the world. Femicide is a global phenomenon, replacing the word femicide does not make the problem disappear.

There are thousands, like Ingrid and Fatima. They kill us because they are afraid of a world where women are treated as equal. They sexually assault us to feel in control. They abuse us to keep us down. Women can be killed and it does not matter. It does not matter, until now. ‘Un Dia Sin Nosotras’ is only the first step of many that needs to be taken to raise awareness. With loudness, comes attention and then action. We need to be loud and we need to be heard. Ni una mas, Not one more.