Selena: Embracing Myself & My Culture 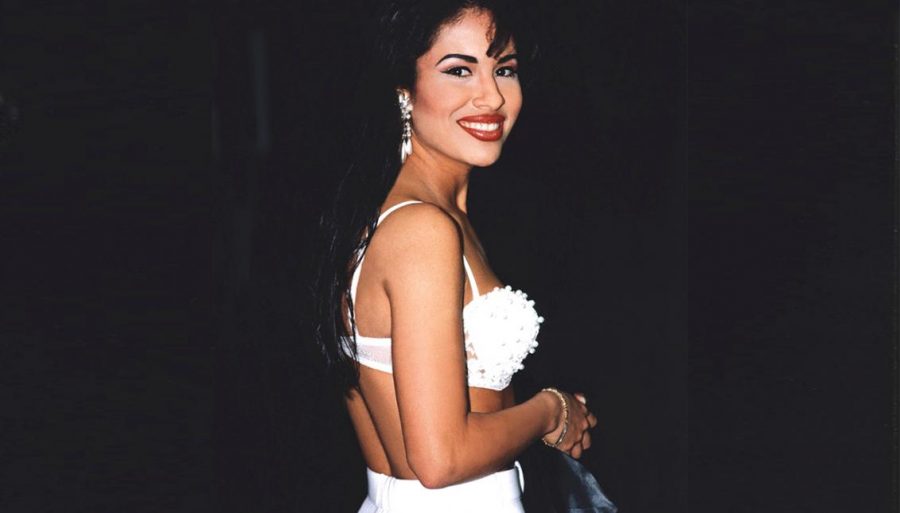 AUSTIN, Tx. —As a Mexican-American, I genuinely believe I never got to grow up appreciating the Mexican side of my heritage. There were delicious breakfast tacos from my grandma, the Tejano music bass booming in my Dad’s pickup, and my home of Eagle Pass, Tx., a typical border town. Yet, I didn’t feel Mexican. I was porcelain white (still am) and also lacked fluency in Spanish (still do). TV and movies were an essential part of my adolescence. It was the likes of “Hannah Montana,” Britney Spears, Katy Perry, and other pop star princesses who grabbed my attention. That automatically changed when I saw the 1997 film “Selena.”

I was mesmerized the moment Selena, portrayed by the iconic Jennifer Lopez, gracefully arrived in a horse-drawn carriage through the jam-packed Houston Astrodome. The film brought me a sense of comfort as the story showcased a part of my culture I’ve never seen on the big screen before. Each scene, capturing a celebrity in the making, demonstrated a woman who had such uniqueness, humility and a loving personality.

It struck me to see a Latina managing to become a well-renowned Tejano artist, an extremely male-dominated genre before her stardom. While portraying her journey to success, one motif that stuck with me was her struggle to speak Spanish despite being prominent in singing the language. After finding out through my family that Selena Quintanilla was an actual person, my love for her grew bigger, just as her legacy. Her life story, although tragic, brought relevance and value to Mexican culture for me.

After watching “Selena” another five times, my father gifted me Selena’s greatest hits CD. For the next few weeks, whether it was on the way to the grocery store or outside in my backyard, Selena’s angelic vocals played. As time went on, I would attempt to mimic each syllable with as much emotion, despite my trouble understanding the words. I would sneak to the family computer in the early mornings and look up the lyrics’ English translation. Seeing the difference between English and Spanish made me see how beautiful Mexican music is. Whether it’s the essence of tragedy in a love ballad or the effortless fun in a cumbia, Mexican music has allowed me to feel such passion towards my culture.

Twenty-three years after the film and 25 years after her death, Selena’s story has continued to be told and celebrated. Because of this, she has become a national treasure leading to many different posthumous forms of promotions featuring the star. From the annual Fiesta de la Flor festival to the Selena Museum located in Corpus Christi, Texas, the singer has continued to claim Queen of Tejano Music.

In December of 2020, Netflix released its first part of “Selena: The Series,” an autobiographical series showcasing her life story. Due to the acclaimed film, many media outlets and fans critiqued both the purpose and quality of the show. In my opinion, although I can justify the criticisms, I believe this recent show is an excellent approach to demonstrating her story in ways many have yet to see.

In comparison to the film, “Selena: The Series” has an advantage with its format, showcasing A LOT of detail —details an avid fan like myself had not heard before. One example is band members’ origins, like backup singer Pete Astudillo and keyboardist Ricky Vela, who play a significant role in the group’s songwriting. While 1997s’ “Selena” shows the artist already well-known in the Tejano scene and her progress to create her crossover album, “Dreaming of You,” the Netflix series portrays Selena and her family’s introduction to music and how their gradual growth affects them as a whole.

The Quintanilla family, a struggling middle-class family from Lake Jackson, Texas, started their music career as Selena y Los Dinos, performing at weddings and using peach cans as stage lights. Their gigs were a dependent factor in their income, as the family had to stay in a relative’s home in Corpus Christi, Texas, due to losing their home. Although financial struggles were tough, the love for music became vital, showcasing a meaningful dynamic between the family.

Although Selena is an idol on her own, one component I love about the show is how much importance each member in her ensemble had. Two prominent members who genuinely get their deserved spotlight in the show are Selena’s siblings Suzette and A.B. Quintanilla.

Suzette’s story exhibits her as the charismatic, middle child archetype, struggling with not being as enthusiastic for music as her family. Suzette learns to appreciate her family values, coming out of her shell and adapting to the drums and the lifestyle of being musicians.

Meanwhile, A.B. Quintanilla is portrayed as the tranquil, hyper-focused, patriarch of the family, struggling between being on the road as tour manager and being a father. His involvement in recruiting all the members of the band and creating Selena’s songs made my appreciation for him grow. Scenes I enjoyed watching were the songwriting process of many great tunes Selena sang, such as “Besitos,” “Baila Esta Cumbia,” and of course, “Como La Flor.”

Regarding La Reina herself, one consistent characteristic of Selena I’ve always admired is her love to perform, no matter what age she was. It’s interesting to see the evolution of Selena’s style, in addition to the many different looks she had before her signature look of sleek black hair and a red lip. Seeing her in the early era of her career fascinated me as she was just a teenager when she started to perform to Mexican audiences, yet she still lived a teenage life. While winning her first Tejano Music Award at 15-years-old, she also thought about boys and dyeing her hair different colors. Selena effortlessly did terrific at her career due to her talent for performing and creating unique looks for the band.

Like the movie, one central theme was the struggle of being Mexican-American, showing the singer’s determination to learn to speak Spanish. Scenes are shown of Selena reciting lines from telenovelas and listening to tapes of Spanish phrases —similar practices I have attempted doing. Selena’s growth throughout the show has encouraged me to embrace my culture despite fluency and looks. A favorite line of mine that outlines the theme as a whole is when Selena starts talking about herself:

“A lot of people can sing in a different language, but it doesn’t make them who they are. But we’re Mexican. I’m just really grateful to know that part of me now.”

There are many other reasons why this series is impressive (the Amor Prohibido between Chris and Selena, flashbacks of the Quintanilla family, etc.). Yet, in essence, this story needs to be heard. Selena Quintanilla will always be one of my idols, as she has taught me to embrace who I am, realize my wildest dreams and never change that for anyone.

Amanda Landa is recently a second-year student at the University of Texas at Austin, majoring in Journalism. She has skills in broadcast, social media, audio journalism, and magazine editing. Landa, like a chameleon, is versatile in her work, ranging from current events to pop culture. You could find some of her work published in Afterglow & Latinitas Magazine. When she is not busy, Amanda likes to take the time to watch a film and on her daily phone calls with her family.

Featured photo courtesy of The Advocate.