The ‘Super’ in Superstitions 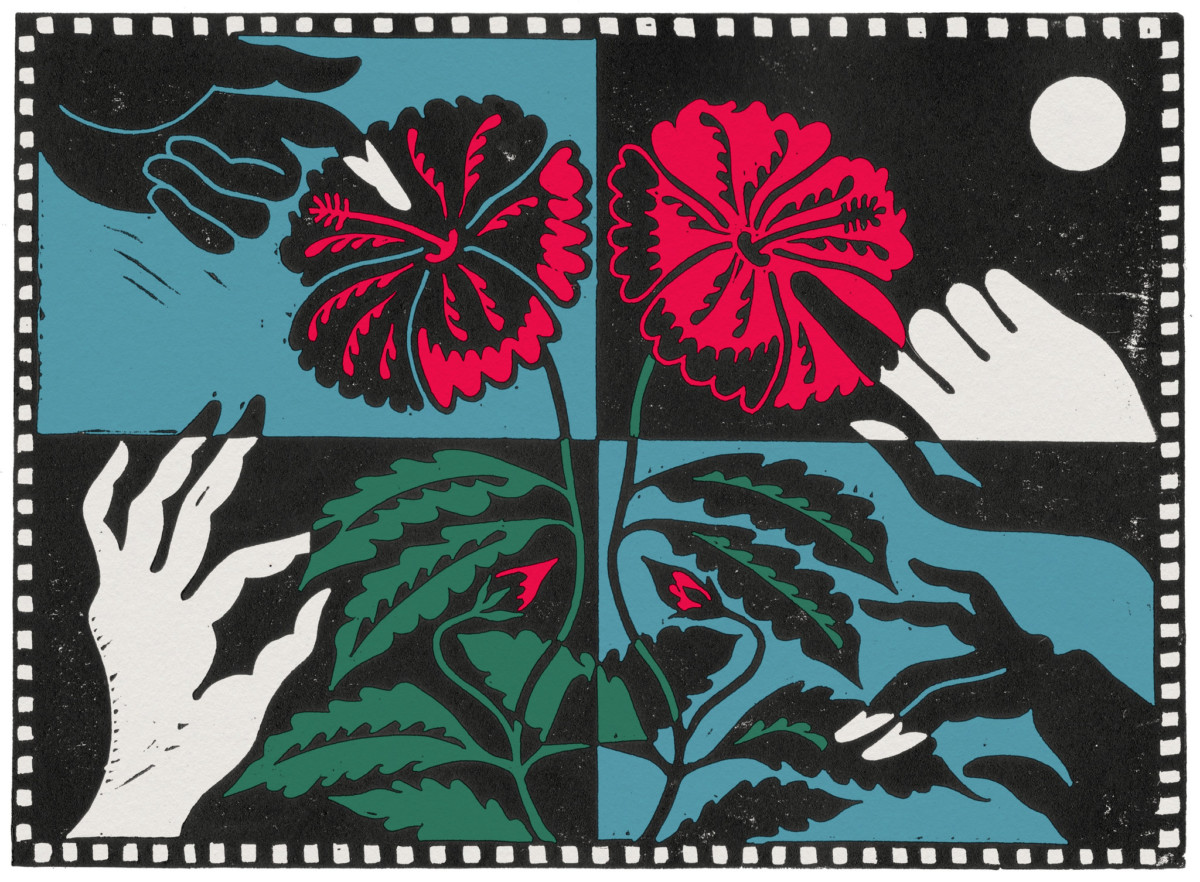 SAN ANTONIO, Tx.—I was not expecting to ring in the New Year by running around a plastic tree in the middle of my living room seconds before the clock struck midnight, but there I was running in circles as my Ama (grandmother) insisted,  “Corrale wera! Traerá buena suerte! [Run! It’’ll bring good luck!]”

For generations, families like mine have followed superstitions. While not all superstitions may be a hundred percent true or follow any type of science, the superstitions passed down from generation to generation helps embody a sense of connection, love and comfort.

For example, Giselle Luna, a fellow superstition follower, is not allowed, under any circumstance, to pass babies across the table. Not only would she risk getting yelled at by her wela but she’d also risk passing bad luck to a tiny human —you wouldn’t want that.

“Babies arms flail, there’s silverware everywhere, passing them around is probably the best thing to do to prevent them from falling over,” Luna said.

In hopes it’ll bring in vacations in the upcoming year, Joslin Saucedo and her family run up and down her neighborhood streets dragging suitcases before the New Year.

Although I’ve never questioned my Ama when she asks me to run around a tree, others have seen following superstitions as irrational or nonsensical. Even Merriam-Webster agrees, calling it a “belief or practice resulting from ignorance, fear of the unknown, trust in magic or chance, or a false conception of causation.”

For Saucedo, following the suitcase superstition is more than just following an annual family tradition and hoping for vacations in the new year.

“Being with my family and running up and down the street with smiles on our faces brings me a lot of joy,” she said. “I love making those memories.”

Some superstitions have been passed from wela to wela, claiming to be true because they said so, while others have been backed simply from it happening all too frequently.

Continue scrolling to read a few of my family’s favorite superstitions!

Vicks can cure all

Are you running a cold? Does your head hurt? Does your knee feel funny?  If there is anything wrong with you, 9 times out of 10 Vicks is the solution, according to family ‘doctors’ aka Latinx parents.

Common uses of Vicks include

The superstition that Vicks is the holy grail and can cure all from a common cough to joint pain, could stem from Vicks’ list of active ingredients such as camphor (a cough suppressant/topical analgesic), eucalyptus oil (a cough suppressant) and menthol (another cough suppressant/topical analgesic). Or from its historical background of being made by a pharmacist in an effort to help heal his son from a severe cough. Does the story of Vicks sound familiar? If it does, it’s because it’s a story we resonate with —Lunsford Richardson , a dad, motivated to ease his son’s pain the same way moms and amas are to cure their loved one.

Ever get a random headache out of nowhere? How about a wave of just random sickness? A chill in the back of your neck, maybe? This can be caused by “el mal de ojo” or someone’s ‘evil’ eye.

The ‘theory’ behind this superstition is when someone has bad intentions, vibes, or energy with “bad eyes” while staring at you, they are actually sending you those bad vibes causing your body to have a physical reaction.

My belief in ojo originated from my mom. When she walks in a room, she “senses” people’s energy because she believes everyone radiates either positive or negative energy. She’d always tell me when she felt someone had bad energy and made it clear I should be careful.

Now every time I walk into any room, I stop and sense the energies of people around me, just like my mom does.

Power of the egg

While it was my mom who taught me the value of energy, it was my dad who did most of the curing. I remember asking my dad if he could “cuda” me or perform a curandero or cleanings. Traditionally, these are usually performed by folk healers or shamans but my dad always did the trick.

With an uncooked egg, my dad would recite prayers while performing the sign of the cross all the way from my head to my toes to capture all the bad energy sent my way.

The superstition is that by passing a raw egg over the victim, the egg is able to absorb all the negative power a person may have passed onto you. Immediately after the cleansing, you’re supposed to crack the egg in a glass of water and inspect all the negative energies in the way the egg forms in the water. Afterwards, you flush the egg and the negativity in the toilet and physical reaction is gone!

I remember constantly asking my dad, “Can you give me a cuda?!” every time I came home from high school with the most massive headaches and every time my dad would watch the way the egg would break in the glass. He’d always be able to pinpoint where in the egg slime the bad energy was and shake his head in disappointment at the people who gave his daughter ojo.

Although I believe in the power of the egg, I think what helped take away some of the pain was my dad’s willingness to always drop everything and cleanse me of negativity, no matter when or where.

The legend of the Lechuza

Speaking of bad energy, I think my fear of birds stems from the legend of the Lechuza —the witch who shapeshifts into an owl and is strong enough to steal children who wander the streets after dark.

It’s believed if a Lechuza crosses your path WITHOUT trying to snatch you, it’s a sign misfortunate is near and the only weapon you can use to defend yourself is having a good amount of salt and a potty mouth.

While I grew suspicious of any owl that crosses my path my Ama tells stories of the time she caught an Lechuza (it was an owl but she claims it was an actual Lechuza), caged it up and saw it die!

When I moved away for college, following the superstitions I followed as a kid made me reminisce the memories I have with my family. For me, following superstitions reminds me of home, my energy-sensing, Lechuza fighting family and love.