“Clap When You Land” a Story of Discovery 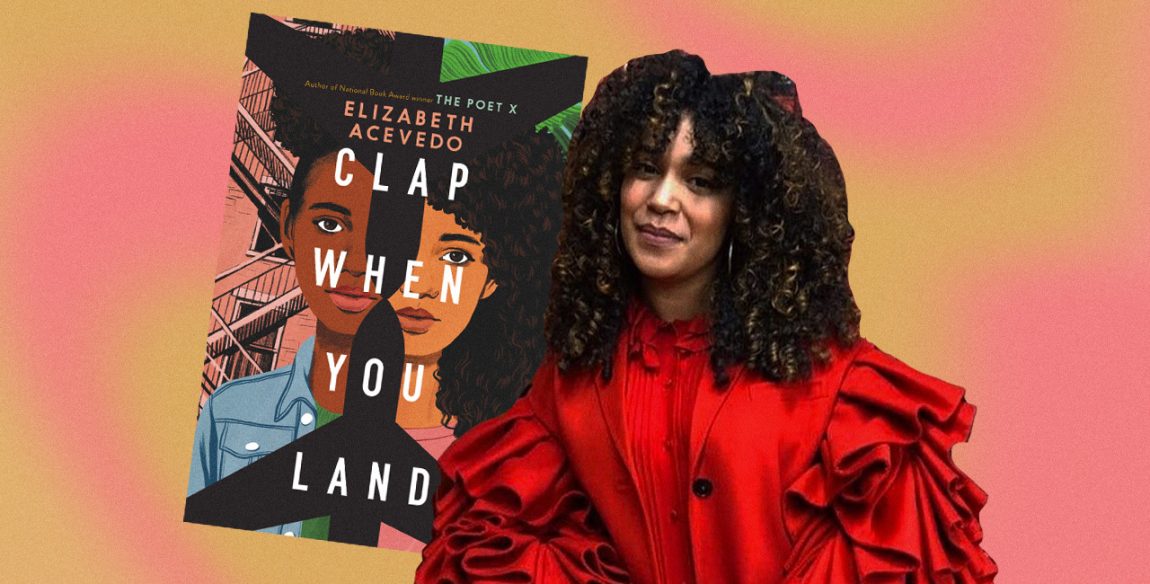 “Clap When You Land,” Elizabeth Acevedo’s latest novel-in-verse explores two identities, one in the Dominican Republic and one in New York City, and what it means to be Dominican and Afro-Latinx. She also deals with grief, family and finding out how you fit into a world without a loved one. “Clap When You Land” is a lyrical and stirring novel that forces the reader to deal with the emotions of two sisters, Camino and Yahaira Rios, laid out on the page.

Every year in the Dominican Republic, Camino waits for summer, because that’s when her Papi comes to visit from the U.S.. For the rest of the year, she lives with her Tía in a small house in el barrio, helping Tía, a well-respected curandera (healer) with healing around the neighborhood. Camino dreams of going to America and becoming a doctor. Yahaira hates the summer, because that’s when her father flies to the Dominican Republic and stays there for three months on business. She is left with her mother, who is always angry when summer comes. One summer, Yahaira discovers a secret about her father that changes their relationship forever —he has another wife in New York City. When the girls’ father’s plane goes down in the Atlantic, the two sisters are thrown into grief, and slowly begin to find out more of the secrets their father kept, like the existence of each other.

According to a 2020 article by Remezcla, the plane crash that takes the life of the character of Papi is inspired by a November 2001 American Airlines flight headed to Santo Domingo, Dominican Republic which crashed in Queens. All the passengers and crew were killed, most of them were Dominican. Resulting in New York City’s Dominican community, including a 13-year-old Acevedo, to be shocked and shaken by the event.

Due to the plane crash taking place two months after the September 11 attacks on the World Trade Center, the story was not widely publicized in the media.

“Most families are messy; most parents will fail to live up to the hero worship of their children,” Acevedo writes in the author’s note. “In “Clap When You Land,” I wanted to write a story that considered who matters and deserves attention in the media, as well as a more intimate portrayal of what it means to discover secrets, to discover family, to discover the depths of your own character in the face of great loss—and gain.”

This book is heavy. It deals with the emotions surrounding grief: the shock, the guilt, the anger, the inexpressible emptiness that is felt when someone you love is suddenly gone forever. It also deals with family secrets. Papi Rios had two families, two wives, two daughters. With him gone, the rest of his family is left to pick up the pieces of his secret lives and must cope with this lie, while also grieving him.  It is difficult to put into words how well Acevedo conveys these emotions. The poetry, which is her stronger writing, bursts off the page, challenging the reader to listen. For me, this book was a personal journey through my own recent loss.

Seven months ago, I lost my mother. She had stage 4 breast cancer, and lost her fight last October. Since then, I’ve been avoiding books that dealt with grief in any capacity. In all honesty, I wasn’t ready to deal with it. In “Clap When You Land,” Camino and Yahaira are experiencing the same feelings I was —am still— feeling. Acevedo explores the emotions of grief in her poetry in a way that made me feel like I was finally understood. Acevedo forced me to deal with my feelings in a way that was therapeutic and honest. Grief is messy. Life is messy. And Elizabeth Acevedo isn’t afraid to explore the messiness. I have thoroughly enjoyed every book she has put out so far, and I cannot wait to see what she does next.